Home » Shop » Books » The System, Periodization for the Strength Coach 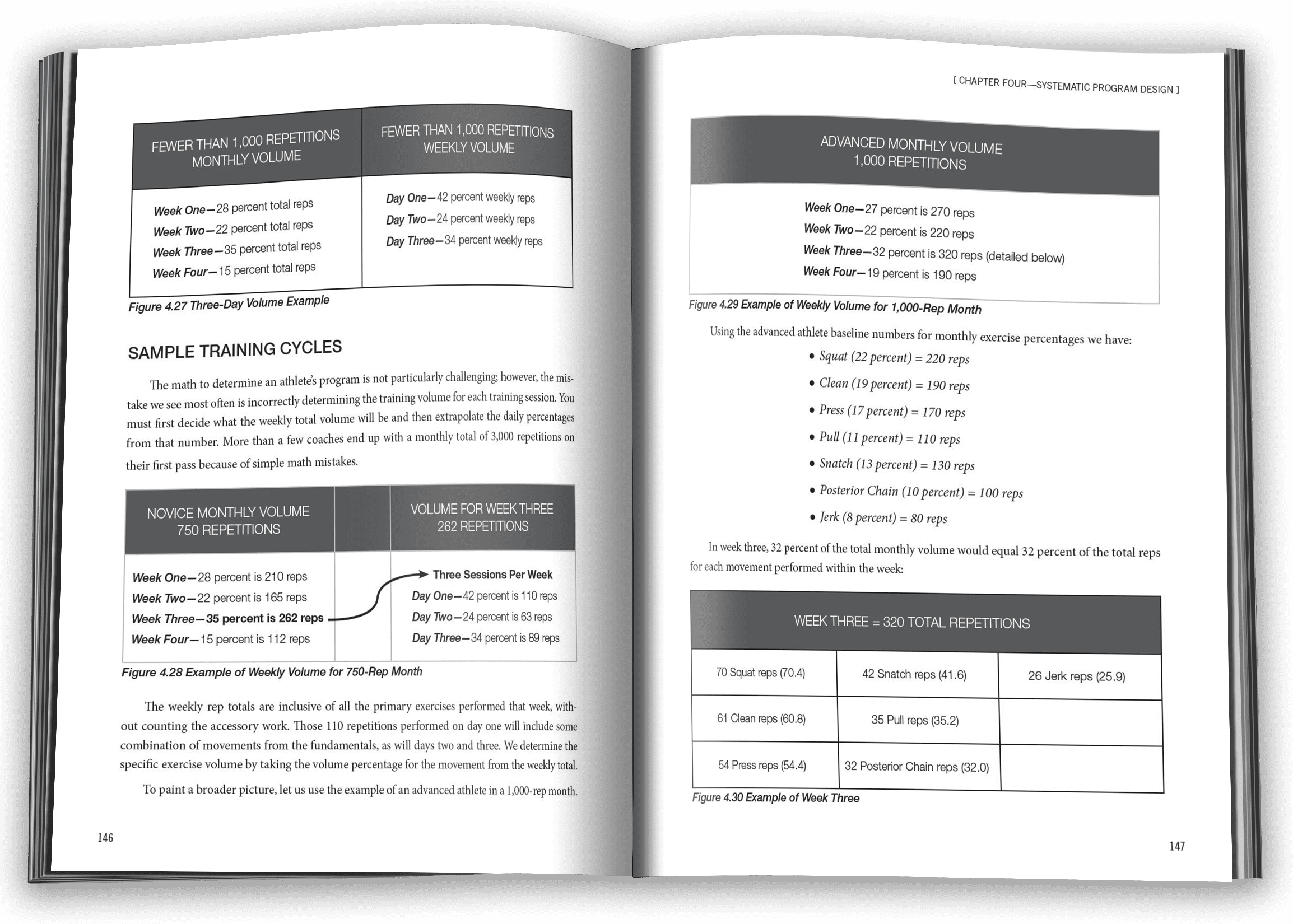 The System
Soviet Periodization Adapted for the American Strength Coach

The ebook files are delivered instantly upon order
(included for free with print book orders).

“I didn’t expect this book when I got it. I thought it would be a book filled with stories and anecdotes about the good old days of training and the stars who shined the brightest in the world of sports. I was wrong: This book, from start to finish, is a master class in strength coaching. This is the how-to/do-this book we have been looking for in strength and conditioning. Ignore the word ‘Soviet;’ This is intelligent training explained clearly.”
~ Dan John, athlete and author of Never Let Go, Intervention, Can You Go? and Now What?

Despite a seemingly endless supply of training programs promising enhanced athletic performance, the same questions inevitably plague strength and conditioning coaches. How do you initiate an athlete’s strength program and progress it over the course of not just a season, but a career? How will you know when it is time to progress, and how can you avoid the consequences of overtraining? How can you develop an athlete’s work capacity while increasing strength, power, and speed without completely sacrificing one quality for another?

The answer to all of those questions lies in the systematic approach to program design outlined in The System.

Hall of Fame strength coaches Johnny Parker, Al Miller, and Rob Panariello have spent their entire careers studying, testing, and refining the best practices and methods of Soviet-era sports science into a modern, practical approach to strength and conditioning for long-term athletic development. Their system of scientific programming and coaching produced not only powerful and resilient athletes, but also dominant championship teams spanning over three decades.

“This book contains the distilled knowledge and wisdom of Al Miller and Johnny Parker, who are possibly two of the most successful strength coaches in NFL history. You would need to combine the careers of about 10 people to achieve the same level of success and impact on the field and the profession as Al and Johnny.”
~ Dan Reeves, NFL Head Coach, Denver Broncos, New York Giants, Atlanta Falcons

Their distilled lessons and experiences will teach you:

This book provides more than just a system of principles for optimal strength and conditioning program design. Rather, it provides an education in both the science and the art of coaching and will help you develop what the authors call the “Eye of the Coach” to ensure continued success for both you and your athletes.

“This is a historically significant work from three legends in our field. Don’t miss out on a chance to learn from three of the best in our profession. I have had the pleasure of spending time with Coach Johnny Parker and I can say that he is both a mentor and an inspiration. Johnny showed me the type of coach I wanted to be.”
~ Mike Boyle, Author and Founder of StrengthCoach.com

From the coaches introduction to The System:

Many entering the field of strength and conditioning will choose a program they find online or one provided by a coach they respect because they trust it will help their athletes and provide a base from which to evolve. In some cases, this will generate good results; however, in other cases, it will end up as time lost to ineffective training.

Unfortunately, what is generally lacking in most coaches’ repertoires is an understanding of along with an inability to implement fundamental principles to build their own long-term, sustainable training programs. It can be a daunting task for the novice coach and just as much of a challenge for the seasoned coach to objectively evaluate the content and outcomes of their established methods of training. We have been there and had we not put our egos aside to critically evaluate our programming and outcomes, we would not have met with the successes we did.

In this book, we lay the foundation for a scientifically based, field-tested, and tremendously effective system of training. This is not a cookie-cutter program you can install without another thought; it is a system to reinforce the fundamentals and principles with which you can design and implement programming that will make your athletes stronger, faster, and more powerful over a sustained period.

We have collectively been utilizing and refining this system for 28 years—it has propelled countless athletes from high school to the professional level, to the Olympic Games and five NFL teams to a combined eight Super Bowls. It will require organization, some basic calculations, and a discerning “eye of the coach,” and then it will provide results unlike any other method we have tried or evaluated.

Our driving goal has always been to constantly improve our athletes and ourselves. With our competitive days behind us, we now want to educate the strength and conditioning community, just as we were educated almost 30 years ago.

In this book, we introduce you to the programming we call “The System.”

“What a great book and great read from true masters of our field. These men literally walked me through the paces as a young strength coach. A very inspiring read from truly great men.”
~ Tommy Moffitt, LSU Strength & Conditioning

What You’ll Learn from The System

“The System was written by three gentlemen who took the time to actually live the experience of Soviet Training. Johnny Parker, Al Miller and Rob Panariello all took time out of their life to travel to the Soviet Union and hear, learn and apply the training techniques advocated and preached by the coaches of some of the world’s greatest athletes. Part of the problem with, translation of sporting information is that like any language there are subtle differences in meaning, tone and dialect with each group.

“These three individuals have taken the time to capsulize and interpret terms and progressions so they can be understandable to any coach familiar with the American version of the English language. Their ability to do this makes it possible for fellow coaches and individuals interested in advanced physical training to apply and carry out progressions of development with accuracy and efficiency.

“The most intriguing aspect of this book is the authors’ ability to emphasize that athletic development is in and of itself, a progression. In terms of skill and sport development everything is earned by an athlete and there needs to be an accurate blueprint for success. The System provides that blueprint.”

“This book should be a required text for any strength and conditioning curriculum. It’s that important. I urge you to include it in your physical training library and read it. Let the principles soak in. I think, like myself, you’ll understand and begin to implement many facets of The System into your personal model of training athletes.”
~ Mike Gentry Ed.D, Member of USA Collegiate Strength and Conditioning Coaches Hall of Fame 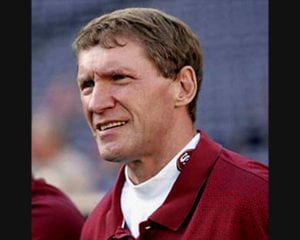 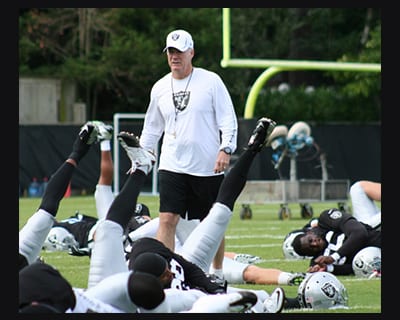 After a 9-year stretch at the collegiate level following 5 years at junior high and high schools, he made the jump to the NFL coaching ranks under Head Coach Dan Reeves with the Denver Broncos. For the next 19 years, the two men worked side by side in Denver, New York and Atlanta developing athletes such as John Elway and Michael Vick and would ultimately appear in five Conference Championships and four Super Bowls. 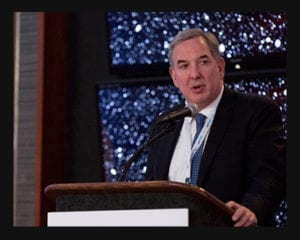 He has 38 years of experience in the related fields of sports physical therapy, athletic training, and the performance enhancement training of athletes. His experience includes the study of the science and art of coaching with National team weightlifters and various National sport team ath¬letes in Bulgaria, the former Soviet Union, and the former East Germany. 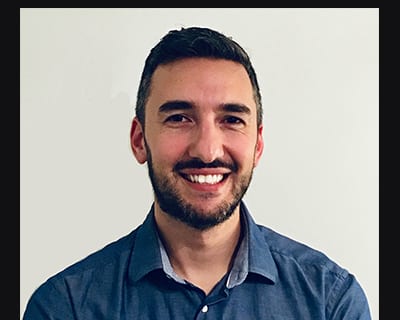 He has worked as a strength and conditioning coach in the Philadelphia Phillies’ minor league system and with countless amateur and professional athletes in private practice for both rehabilitation and performance enhancement. He has also taught at the graduate level at Nova Southeastern University, lecturing on the integration of performance training techniques into physical rehabilitation.

Chapter One—Fundamentals of the System

The Origin of the System

The Eye of the Coach

Progressing into the System

Chapter Seven—Putting It All Together

Strength coaches interested in periodization in general, and specifically for sport athletes

2 reviews for The System, Periodization for the Strength Coach

The ebook edition includes the PDF (13MB), Kindle (15MB) and epub (7MB) files. The ebook files will be delivered instantly via download from a digital dashboard here on OTPbooks.com as soon as your order is placed.

There is no audiobook for this title.

The ebook files are delivered instantly via download from a digital dashboard here on OTPbooks.com as soon as your order is placed.