A trip through the most unforgettable years of bodybuilding as a handful of restless musclemen catapulted the sport of muscle and might across the globe. 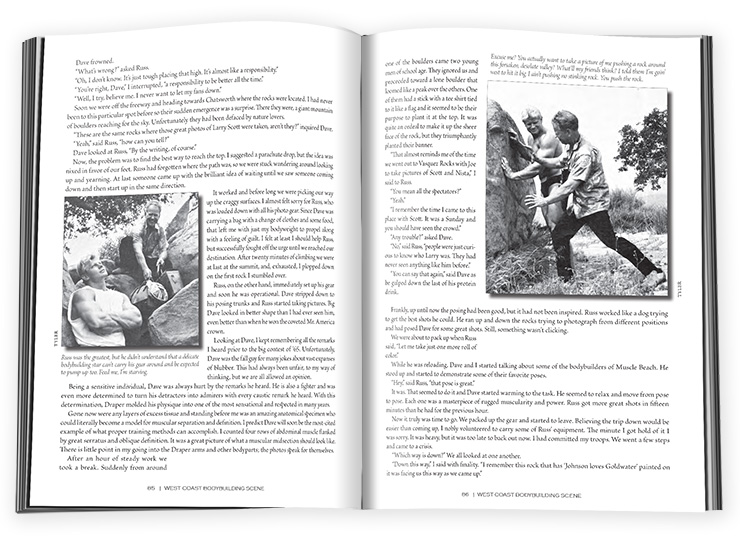 A trip through the most unforgettable years of bodybuilding as a handful of restless musclemen catapulted the sport of muscle and might across the globe. Called the Golden Era of bodybuilding, you’ll see Bill Pearl as he hands off to Larry Scott, the rise of Dave Draper, Sergio Oliva, with Don Howorth and Frank Zane in the background and Arnold Schwarzenegger and Franco Columbu emerging in the foreground. Dick Tyler writes of the Muscle Beach gossip, Arnold’s bodybuilding history, Vince Gironda’s gym and many more feature columns from the late ’60s and early ’70s. You’ll love this one!

“In the Golden Era, bodybuilding was young; there were fewer participants, just enough champions, no stars, and training was real, simple, shared and enjoyed. We appreciated and admired each other and welcomed each other into each other’s lives. No, life wasn’t a sandy summer breeze and there were struggles as always and not everyone was a candidate for sainthood. But the sport was fresh, emerging and yet to rudely imitate itself or be terribly roughed up by the money man.

“This was when Dick Tyler and I became friends, teaming up as the first two-man crew of Weider Barbell’s budding west coast offices in Santa Monica, California. It was the spring of 1964. Now eight presidents, many wars and promises of peace, explosive technology and a history book about the Golden Era of Bodybuilding: West Coast Bodybuilding Scene. After 30 years of wandering, WCBS brought Dick and I back together like time returned—both slightly older and slightly closer as a result.” ~ Dave Draper

“On Target opened up a trunk and brought out some old love letters. And that’s what they were, my love letters to bodybuilding. I was writing about my friends. Somebody said it was like a diary and that’s exactly what it was. When you read a biography about Arnold now, it’s about what happened in the past. What I wrote about then was what was happening at that time before people became well known, and they were friends and there was a camaraderie.

“And they trusted me because I was a friend. I was more than a reporter—I was one of them. I used to train with them, eat with them, we’d go to the beach together and we shared our lives. It was fun and that’s what made a difference.” ~ Dick Tyler

Clever nonfiction, as recorded by a journalist on the scene. Packed with 160 photos; this book is nicely indexed. Foreword and captions (current day) written by Dave Draper.

Anyone who enjoys reading about the history of weight training, especially the 1960s Golden Era of Bodybuilding

The ebook edition includes the PDF, Kindle and epub files.

There is no audio edition of this book.

The ebook is delivered instantly via download from a digital dashboard here on OTPbooks.com as soon as your order is placed.