One of my jobs at the time was to chronicle the bodybuilding scene in Southern California. It was virtually dumped on me to build up this Blond Bomber to hero status as part of this job.

Fortunately Dave turned out to be a nice guy and easy to talk with. Unfortunately he never wanted to talk about himself. Since my job was to write about and build up the image of the Bomber, I was in trouble as I was able to learn little about his training, and worse, just what on earth he looked like.

He always wore a baggy shirt with the sleeves turned to just above the wrists. From that I was at least sure he had the most muscular wrists I’d ever seen. He trained at the then-Muscle Beach Gym, known to everyone as the Dungeon, always away from others, at times when few others were there…and always in heavy sweats. In other words he was the best known unknown in bodybuilding and wasn’t about to be any help in changing that image.

The cattle call that served to locate Harry Hollard for Don’t Make Waves was not unlike the Gladiator scenario two years prior. The word flooded the gyms like Gatorade and the muscular actors buoyed to the surface. This time the setting was the famous MGM Studios in Culver City, California, where silent films were made and Gable, Bogart and Monroe applied makeup, lunched and shouted, whispered and winked into the polished lenses.

The privilege was monumental — to enter the hallowed halls of the marvelously run-down studios that echoed of stardom and celebrity. No tourist could buy a ticket to this show. The hopefuls lined up to register their names in a less-than-orderly fashion. The distracted guards unwittingly gave me the opportunity to wander down the driveways between the massive studio walls, peer at their heights and pretend to be a part of their importance. I noted the blinking red warning lights at entry ways that indicated filming was under way: Silence, please … do not enter. The great and unseen powers were at work piecing together another lifetime full of wonders and more emotions than the ones we knew as our own, heroes and heroines more alive than the people with whom we worked, ate and slept. I couldn’t help but feel lost, ordinary and alone. Jealous is an ugly word.

It appears that losing weight has become one of mankind’s social pastimes, a big industry for the resourceful businessperson and a specialty in the medical community. Motivation for the overweight and plans to follow in the quest for trimness are the subjects of numerous books, magazines, clubs, clinics and commercial weight-loss centers around the world. There are neighborhood programs and online support groups that point the anxious and needy in the right direction, but they serve more as a crutch than a fix. I could dig in and present a string of suggestions on why and how to lose weight with psychological underpinnings, but will they penetrate, provoke and stimulate? Even the optimist in me thinks probably not. Will the ordinary words, the ever-loving clichés rephrased grab hold and shake the hungry and dismayed reader into action, or will they evaporate like steam from a boiling kettle?

It all began so quietly. The men started to assemble in the cool of the evening. The sun set over the horizon of the Pacific and the soft blue of the evening was beginning to accept the blackness of night. An ocean breeze drifted across the sands of the beach and wound through the crooked little streets of the city. The lights in the homes and apartments flicked on as the windows of the hippies’ pads glowed with crazy hues of blue or red bulbs and the sounds of hard rock music fought those of Lawrence Welk. It was night in the city of Venice. Still they came. First there was Zane. He quietly nodded to Zabo, who was sitting behind the desk, and went upstairs to the dressing room. Soon Franco and the current Mr. Belgium, Serge Jacobs, arrived.

It was the weekend before the Mr. America contest in 1965. My training was going well, as far as I could tell. Truth was I didn’t yet know how to tell. I looked okay, but compared to what or whom? I was working hard, eating hard, braced with hard discipline and felt hard. My first months at Muscle Beach were a crash course and I established training methods I would follow forever; but I learned the essentials quickly and settled into private, unmitigated early-morning workouts. They were silent, undistracted and unrelenting: no compromise and no competition. How sweet it is.

Two years of isolated training and I wasn’t sure who I had become. I moved with three different training partners at different stages and the reinforcement and friendship were priceless. They knew the Mr. A was on my mind and stood by my side; they were too close, however, to offer the critique and subjective counsel I now sought. Only an outsider could provide an evaluation and dare to place it in my hands. Who could I trust? I needed to know if I was ready for the competition in New York City only eight days away. I also needed a pair of posing trunks. Did I mention procrastination was one of my specialties, followed by irresponsibility and dimwittedness? Nobody’s perfect.

The link between obesity and the emotions is tight, yet frequently undefined. I’ve reviewed several books that speak intelligently to the issues of rejection, fear, anger, depression, stress, loneliness and other emotional disturbances and their ties to overeating. The details of each relationship were different, but the themes were similar. The feelings of distress, whether new or chronic, would reach a point where eating was a suitable and temporary relief from their pain; eating and its preparation provided the troubled person with a distraction, a reward, gratification, comfort or a sense of being loved.

Return to the previous page

Start at the beginning of the book excerpts 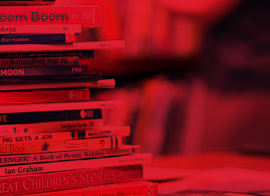