In this live workshop seminar filmed in 2010, USAW International Olympic weightlifting coach Glenn Pendlay teaches the snatch and clean & jerk to a group of novice adult trainees. By the end of the session, this collection of mostly beginners moved from clumsy to relatively competent under Coach Pendlay’s guidance.

You can skip ad in

Note: This is a digital video. There is no physical DVD.

In this live workshop seminar filmed in 2010, USAW International Olympic weightlifting coach Glenn Pendlay teaches the snatch and clean & jerk to a group of novice adult trainees. By the end of the session, this collection of mostly beginners moved from clumsy to relatively competent under Coach Pendlay’s guidance.

Those of you eager to learn the lifts at home will begin to hone your technique, while coaches who work with athletes will gain countless simple coaching tips to help clarify the most common and even unusual lifting errors.

“I really enjoyed how Glenn emphasized that an elite lifter should do this, but the beginner needs to do that.”
~ Dan John 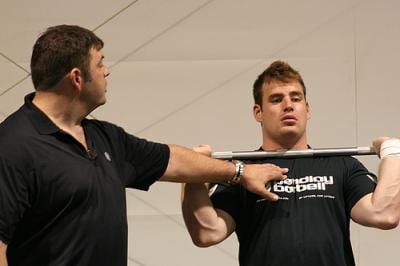 Glenn is assisted in the seminar by Jon North, who demonstrates the proper technique in each position. During the workshop, Coach Pendlay takes Jon through his workout while the participants—and the viewers at home—learn of the intensity involved in an elite weightlifting training session.

Each section starts with Glenn’s teaching progression, then is followed by Jon’s elite demonstration, and finishes with the group practice session. The practice is well edited—this began as an 8-hour workshop whittled down to two—but even experienced lifters (and especially coaches) will find important tips while watching Glenn cue corrections in these attendees of varying skill levels. 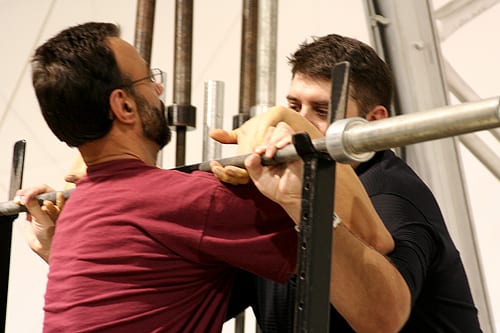 “Glenn Pendlay has a humble way about him and his instruction is crisp and straight to the point. He details his teaching progressions for the Olympic lifts and gives a clear rationale for their implementation. His emphasis on positions and transitions is something that as a lifter I’ve given a lot of thought to, but could never really “get” with the finer nuances of Olympic lifting. Glenn has really opened up some of those details to me with this work. This video will be an asset for both trainers and trainees alike who want to improve their snatches, cleans and jerks, and, in my opinion, this is a must-have for coaches who incorporate power versions of the Olympic lifts in programming their athletes.” ~ Boris Bachmann

You’ll enjoy Jon North’s consistent, excellent technique throughout the workshop video. Glenn lectures and Jon lifts, and the combination keeps us watching. “Learn by doing” videos need an excellent technician to get the idea of what we’re trying to accomplish. This combination of Glenn with Jon just works. 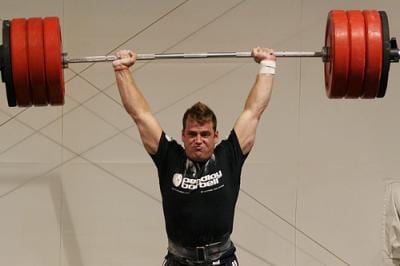 This is a two-video set. Video One covers the snatch, at 67 minutes, and Video Two covers the clean & jerk, 55 minutes. Included with this digital download, you’ll find Glenn’s coaching tipsheet so you can print it and follow along to catch his subtle coaching cues.

Video One, The Snatch

After a few minutes of general introduction and discussion of the initial bar position, Glenn begins to break things down—

Next, he moves to a conversation on speed and works through taking the hesitations out of each position. We then watch Glenn supervise an elite athlete’s training as he puts Jon through his paces, and then finishes with a review of the morning’s work.

Each section includes Glenn’s description of the technique, followed by Jon’s demonstration. We get a few final points from the coach, then we watch as a group of participants work on his instructions.

Throughout the workout segments the camera follows Glenn, and we see his coaching techniques, hear the questions and learn how a top Olympic lifting coach would address these questions with his athletes. 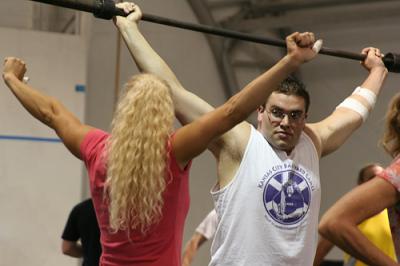 “This two-hour video set has an awesome balance of lessons from Glenn Pendlay, demonstrations by athlete Jon North, and short clips of hands-on instruction with trainees of varying levels of proficiency. I enjoyed all of the segments both as a teacher and learner.” ~ Boris Bachmann

This session builds on the work of disk one as Glenn uses those bar positions from the snatch and moves to teach the clean & jerk. We see—

And then we get a final review of the day’s efforts. 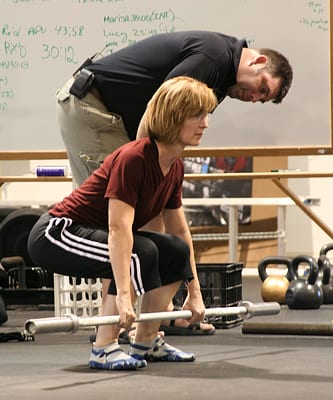 Throughout the workshop, Glenn answers questions for the group, so you’ll finish watching with a satisfied feeling that you know what you need to know, and it’s up to you and your practice to make things happen. If you’re a coach or personal trainer, these are same questions your athletes have, and you’ll have a new level of confidence in your answers to their queries. 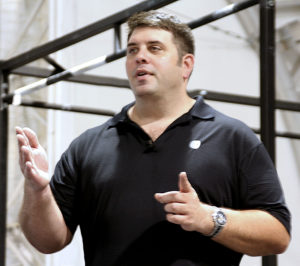 Glenn Pendlay was a Level 5 USA Weightlifting coach, a lecturer, a researcher, and an author. As an athlete, he was active in powerlifting, throwing, and weightlifting, then went on to become one of the most influential and sought-after coaches in America. He held the highest of coaching accreditations and produced world team members, over 100 national champions, more than 20 international medalists, and athletes who collectively broke 10 American records in a single year.

Glenn’s work in the field of endocrinology greatly impacted weight training in the United States. He studied and published papers on how different levels of stress affect the endocrine system and the body’s ability to adapt to stress. This work contributed to developing better training systems for American weightlifters and athletes from other sports, raising the level of performance for US athletes on the national and international stages.

Glenn died on September 5, 2019, after a short battle with cancer. He’s perhaps best remembered for his willingness to share knowledge and for his unrelenting love for the sport of weightlifting.

“I was very impressed by Glenn’s simple approach.” ~ Dan John

Included in This Package—

Fitness enthusiasts who want to learn weightlifting, and trainers and coaches who will benefit from Glenn’s teaching methods

There are no reviews yet.

The digital video is a 2-video, 122-minute set available for either immediate download or streaming video. The physical DVD is out of print.

The digital video is delivered instantly via download from a digital dashboard here on OTPbooks.com as soon as your order is placed.