There is a story about Gary Player, the great golfer, which may or may not be true.

He was coming off a terrible round of golf and a fan yelled out:

“I would trade my best day for your worst day.”

I’ve met Player and let’s just say he is not the biggest man on the planet. According to the story, he walked over and yelled at the fan:

“No, you wouldn’t. You wouldn’t get up before sunlight and practice your putting, then hit drives until your hands bleed and your skin peels off from sunburn. You just want a good game. You don’t want to earn one.”

It took me a while to fully appreciate this sentiment. 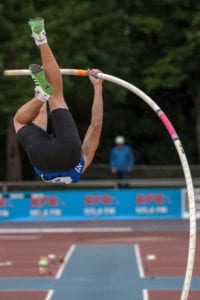 I never really encountered it in track and field or American football; most people seem to understand that one doesn’t roll out of bed and pole vault 19 feet. Rarely have I seen someone snatch over 300 pounds or clean over 400 pounds without at least three weeks of serious effort.

But, in the strength and conditioning world, and especially in fitness, everybody seems to want shortcuts to performance. We used to joke about “weekend wonders,” people who went to a two-day cert and now are experts on kettlebells, Olympic lifts, gymnastics, nutrition and programming.

Why waste all that time when you can learn everything in one day?

Moreover, you can now link words together and get a following—like Jim Jones or Charles Manson—who live and breathe by your nonsense.

Recently, I was realigning Edna’s chakras with neurolymphatic modulation. Usually, her ROM on the distatic leverage complex is merely a three; she got to a five!

Sorry. It was actually just a four.

Sarcasm aside, sometimes I look at my field and fall to my knees and pray that most people can see through this nonsense. But, it’s difficult. We all fall into an interesting trap and the best way I can explain is this:

Teaching people something new always runs into two barriers. Every word, concept and symbol carries with it meanings. Ludwig Wittgenstein clarified much of this in the last century, but those of us in fitness, health and performance deal with it daily.

There are two kinds: steno and tensive symbols. Steno symbols have ONE meaning (to remember what steno means, spell it backwards: ONEts). Tensive symbols need a bit more information to clarify the meaning.

The best example of a steno symbol I can use is what I am working on: my desk. I have never heard anyone ever say something like this:

“She is sooooo desk.” 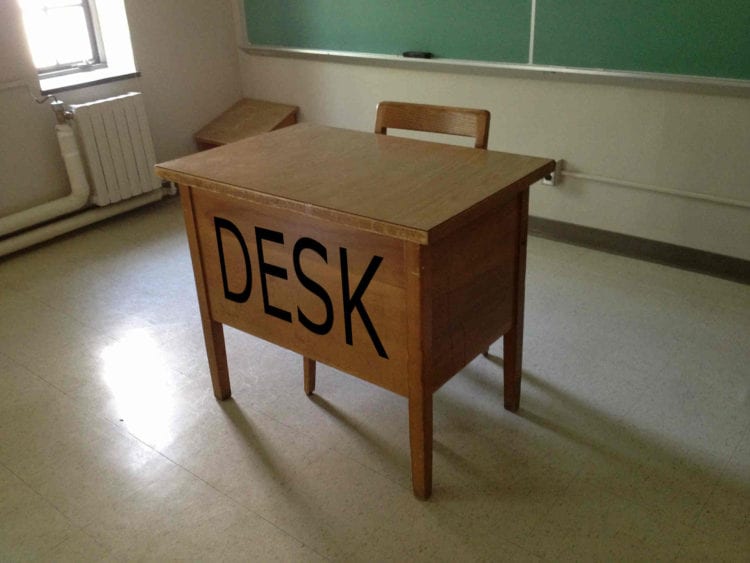 “Bad” is a good example of tensive these past few decades.

Well, was it good or bad? Depending on how you say “bad,” the meaning changes.

“Dog” is a great example, too:

Oddly, the other day, my vet said she couldn’t do my dog’s nails; his name is Sirius Black and it is impossible to do his nails as he was “crocodiling.”

You might not see the point yet. Let’s use one more example:

Sit your parents down and say the following:

“Mom and Dad, the word ‘gay’ means ‘happy.’ I just want you to know I am gay. It’s because of you and the way you raised me, I’m gay. I want the world to know that I am gay.”

There’s no judgment here, but even if you tell someone “gay means happy,” using gay in a sentence shows you a steno symbol.

If you say to a typical person: “We are going to learn to shop better, cook healthier meals and use food as rocket fuel,” they will hear: 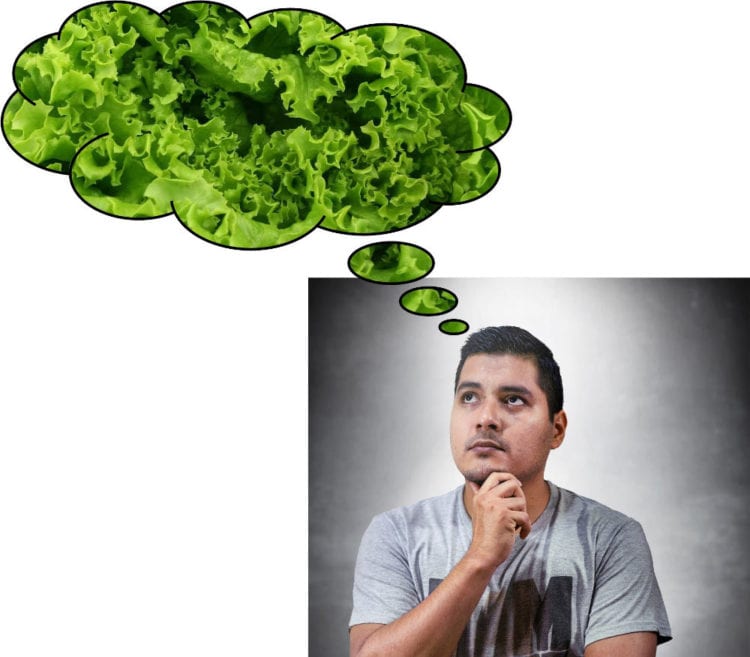 If you say to a typical person: “I want to teach you move better so you can feel better, look better and live better,” they will hear:

“Sweaty mess of goo and vomit on the floor and horrible existence.” 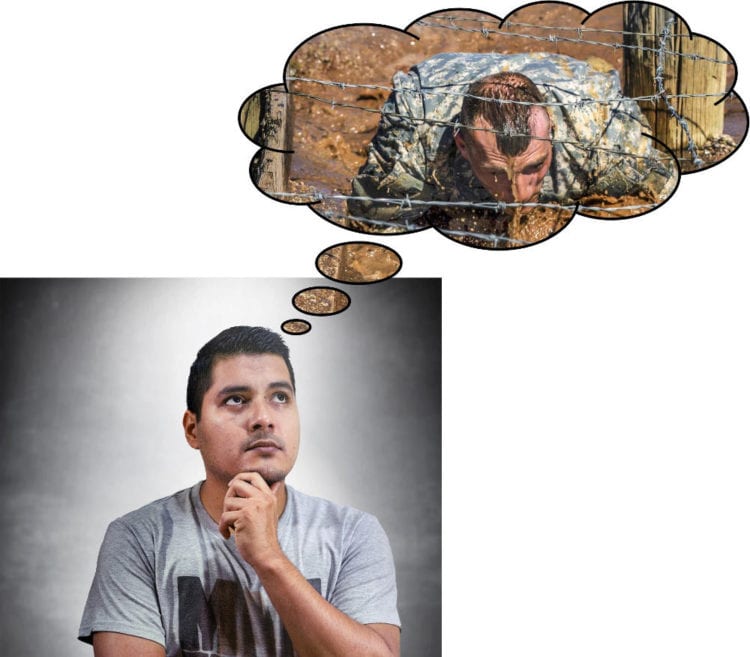 The steno symbols of diet and exercise get reinforced every time you see a television ad discussing a 12-week program guaranteed to rip or shred or punish fat for its audacity for clinging to your body. It’s a rare week when we don’t see a magazine article or book claiming to give us a dream body by eliminating, detoxing or expunging fat through a strict diet approach.

To deal with this, we need some time to overcome this issue. Reasonable diet and exercise trumps insanity. The last thing most people need is for training programs to make them feel worse!

The first step is to get people to “hear” that they have an unexamined steno symbol for diet and exercise. The next is to allow them to try a reasoned approach to food, food choices and food preparation and fundamental movements in the gym setting.

Yes, it will work, but it takes some illumination on the part of the client or athlete. I know this because I struggled with this for years.

My career as a discus thrower helped me immeasurably as a strength coach.

For most of my career, I had a steno symbol about coaching, training and success:

“Put your nose on the grindstone until it rubs off!”

What makes performance successful is QUALITY practice. Sadly, and keep this between us, it is quality practice over YEARS.

If someone was to ask me the “secret,” like the “buy low/sell high” of performance, I would whisper three things . . .

First, be outstanding in your field.

And, you might miss this, but this is what I mean: you are going to spend a lot of time “out standing in a field.”

It’s hard for me not to tear up when I write the next part. One of my most cherished memories is of my father, “Big Al” John, all 112 pounds of him, standing out at about 180 feet waiting to stop my discuses (discii) and return them to me. The disc would hit and then slide out to 200 or 220 feet. My dad would flip it up with his foot and toss it back to me. 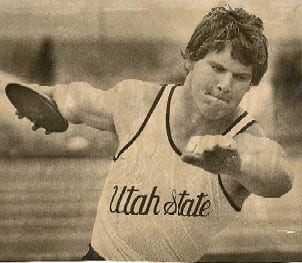 Then, with his tie on, he would jog over and toss it another 20 feet.

I would get frustrated: if I just ran out and got it, I would have saved myself dozens of Big Al throws.

And, there are few things in this life I would NOT trade for one more minute, hour or day with my father retrieving my discs for me. He died in 1991 and all I can do is remember this story.

Lesson number one in performance in any endeavor is “standing out in the field.” My dad taught me the basics. You can’t rush it; you can’t hurry it along; you must take the time and energy and patience to learn what you need to learn.

To throw well over 10,000 throws a year, and actually much more, you need to spend time “out there.”

I read blogs by guys bragging about their “15 months as a trainer or coach” and wonder what level of hubris they are working at. My first article was published after enough surgeries to pay for my doctor’s kids to go to Harvard and so many hours in the weightroom that . . . well, if I had a nickel for every hour, I would be a millionaire.

When I work with the best and brightest, I am always amazed at how much information they have sifted through, tested and tossed out.

The second lesson in performance? You have to be in a community.

Recently, I gave a 50-minute talk and then sat down with my good friend, Donnie Malb. Donnie is a strength coach at the University of Texas. We reviewed my talk for dead spots and confusing transitions.

It reminded me of competing for Utah State University and having Coach Ralph Maughan break down one of my performances. Excellence comes from having another set of eyes (and ears) to give you some feedback. I proudly walk(ed) in the footsteps of the USU discus throwing tradition, but it always reminds me of the best definition of religious education I have ever heard:

“Handing down what we had handed down.”

Success, like a mountain lion, leaves tracks. If you are looking for success, ask for feedback and be willing to walk the path others have provided for you. 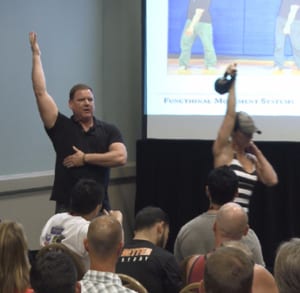 Learn from the best. Listen to the best. And then, apply their “secrets.”

John Ducane always reminds me that “the palest ink is better than the best memory.”

I have two yellow legal pads filled with notes, charts, graphs and quadrants in my attempt to explain the concept of the impact of the strength coach. I was just reviewing the notebook I used to outline the book Now What? In it there are page after page of attempts to simplify a dozen coaching cues into a simple chart that tells us “you need THIS.”

When people ask me, “How do you write so much?,” it is because . . . I write so much! I keep notes, write a journal and, as most of my friends know, outline training programs on bar napkins. If I write it down and keep it, I seem to keep it!

Ideally, keeping a journal shows us the process of only making the same mistake a few dozen times. I joke, but many of you know this is true. I can see overtraining creeping into my training journal weeks before an actual injury takes me down. Later, I learned not to wait and actually listen to my body early BEFORE I need surgery!

But, understanding you can learn from others in community and learn from yourself in your notes, journals, doodles and reflections is going to keep you on the right path.

Rid yourself of the mentality of “starvation, rabbit food, self discipline, horrible existence.”

Yes, it is going to take time and, at times, will be hard. But focus on quality and keep coming back. Ask others who have been down that path before . . . follow them.

Want more performance secrets from Dan?
He whispers them as only he can in Now What? 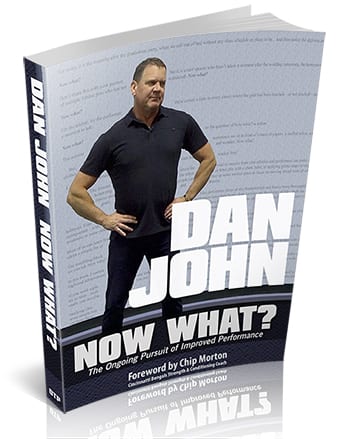