This is an excerpt from Glenn Pendlay’s Olympic Weightlifting Video. Click here for more excerpts and video clips.

Glenn is speaking to a group of about 30 workshop attendees in which all but two were beginners. 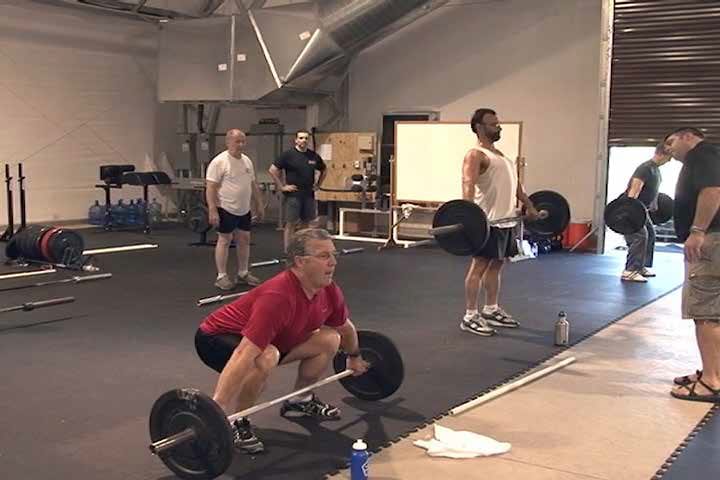 People are scared to try the Olympic lifts, scared to put them in their training programs because the lifts are supposed to be so difficult. In this session we’re filming, we’ve been at this for a little less than an hour, and three-fourths of the people here are doing pretty good snatches from the hang. Pretty darn good. Everybody can learn this with instruction and practice.

In weightlifting, for a high-level weightlifter, jumping and stomping is not necessary. In fact, there are people who even say it’s detrimental because it takes extra time to do.

However, while learning I ask everyone to jump and stomp. I want to hear your feet. The reason I do that is because it is far more common for beginners just learning the lifts to make the mistake of pulling the bar up with the arms instead of relying on the hips and legs and a jumping motion to put the bar overhead.

Here’s the thing: If your feet are off the ground, you can’t be pulling up on the bar with your arms. It’s impossible.

In my opinion, it is better to do a little jumping, which may not be absolutely ideal, in order to learn right from the start to move the bar with your hips and legs instead of pulling up with your arms. The jumping motion is something that naturally goes away in most people. But if you get in the bad habit of arm pulling, that is very, very hard habit to break.

I emphasize hearing your feet as they come back down on the platform. Obviously, you can’t stomp your feet without being in the air. That will hopefully keep you from arm pulling quite so much.

Most people will take a breath and then pull. Normally, you’re not breathing in or out when you pull. You’re certainly not going to breathe in. There are some people who let a little bit of breath out as they pull. That’s fairly rare, though. Most of the time, during the pull you’re going to hold your breath.

As far as what happens when you catch, it’s very individual. I know people have various theories on breathing during lifting. I have always found that the less I say about it the better because people naturally tend to do what they need to do to be stable and pull hard. If you start thinking about it too much, that’s when trouble starts.

If you just don’t think about it, chances are very high that whatever is the most comfortable and correct for you, you’re going to do.

It is extremely hard to do the Olympic lifts in the Vibram five-fingers type shoes. I hate to say this because I hate tennis shoes for the lifts, but you would probably be better off in a pair of tennis shoes if that is all you have. I have never given a certification where I saw somebody successfully get the lifts in the five-finger shoes… especially on the clean & jerk. Some people might be able to get away with it on the snatch, but especially when we go to the clean & jerk, the five fingers are extremely difficult to properly jerk with. As you are trying to learn, if you have tennis shoes available, it will probably be a better option.

Certainly, if you continue to do the Olympic lifts, you might give weightlifting shoes a shot. It will make things much easier for you because it will get your heel up and it won’t be so hard to sit at the bottom.

One of the things I want everyone to come away from watching Jon North doing these heavy lifts is that they all look the same. All the warm-ups looked the same…his approach to the bar is the same. Once Jon walks up to the bar, on every lift from where he started all the way up to 145 kilos, the speed is the same. That’s not a heavy enough weight for him to really be slowing down, so the speed is the same on every one.

Once he steps up to the bar, grabs the bar, he gets down, he does the same movement directly before he pulls…very consistent. In fact, if you make a mistake but you consistently make the same mistake, in the same way, every time, you can still be a good lifter. Consistency is the most important part of technique: the same speed, the same positions, the same everything.

Often, especially in those who are coming into the lifts without a background in lifting and aren’t in a gym where they’re getting coaching, people will step up to the bar and look this way, and look that way, they go down, they come back—they do everything differently every rep.

It’s almost impossible to do the actual movement consistently if what you do directly before and what you do once you have your hands around the bar and your method of starting and your start position is not consistent.

Develop a consistent pattern; walk up to the bar, then have a routine. The one hand on the bar, to the other, bend your knees, do whatever style of start you want, but do it exactly the same every time.

Develop consistency, practice and, as I said in the beginning, everyone can learn this with instruction and practice.

This was an excerpt from Glenn Pendlay’s Olympic Weightlifting Video. Click here for more excerpts and video clips. 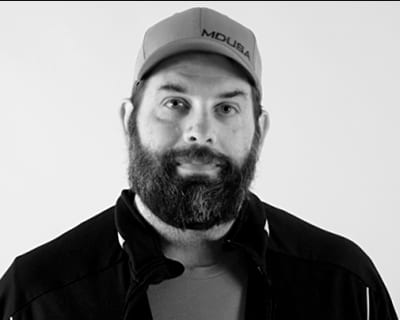 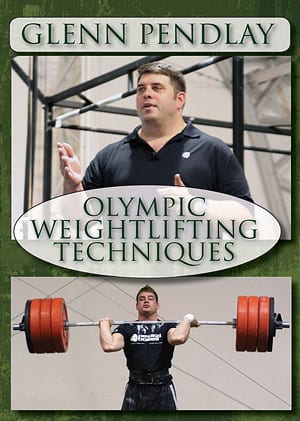 In part three of the four videos from Dan John's Utah workshop weekend, we get a taste of his instruction for beginning Olympic weightlifting. Our original idea was this would be primarily for adults who've never lifted Olympic-style, and it's certainly that, however one of the attendees is a competitive Olympic lifter, who claimed a couple of Dan's tips changed her lifting forever.

As Olympic lifting continues its rebirth in popularity, there's still a lot of confusion about injuries and teaching progressions. In this lecture, weightlifting coach Wil Fleming covers the most common injuries and how to avoid them, the most common errors of beginning weightlifters, his teaching progressions and how to prepare an athlete for Olympic lifting.

This is a lengthy talk in which Joe Sansalone describes the value of Olympic lifting for everyone, and then tells exactly how he writes an Olympic lifting program, from beginner to elite. 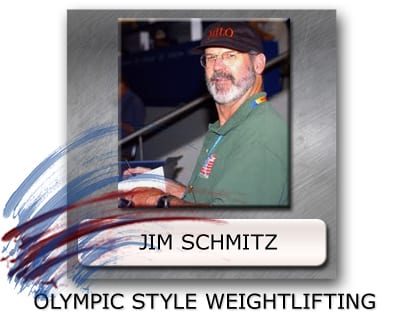 In Olympic Style Weightlifting for Strength, Health, Physique, Fitness and Sport, weightlifting coach Jim Schmitz discusses the benefits of Olympic style weightlifting. There's been a resurgence of enthusiasm for Olympic lifting in recent years, primarily due to Crossfit, and no one is more pleased to see this than Jim.