Greg Dea and Cameron Elliott: The Three Main Components of Every Athletic Endeavor

There are three main components of every athletic endeavor:

This is the full conversation if you’d like to watch instead of read.

Even in the short athletics events such as shot put or sprinting, if your force deteriorates before you complete a movement, it’s not as effective as another athlete whose force doesn’t deteriorate.

Strength and conditioning coaches are looking to enhance the ability to maintain that high force over a long period of time with high quality movement. Physical therapists are trying to improve that so it’s more efficient and safe.

Knowing that these three components underpin all elements of athletic performance, we’re going to take very a complex subject and bring it down into the simple.

All athletic endeavors require high force and high quality movement, over a long period of time. If you think about it, the application of that high force is strength.

Over a long period of time, that’s called strength endurance.

If you apply that high force quickly, that’s power.

And over a long period of time, it’s power endurance.

Power endurance is high force applied quickly, over a long period of time.

If we ask somebody to do both but not over a long period of time, for example a single repetition of high force, it’s called strength. Therefore, strength underpins strength endurance, simply because we took the time out of it.

If we take the time out of it, we’re left with high force and high quality movement. And underpinning power endurance, we find straight power.

If we take that out of it, we have high quality movement quickly applied against high force.

When we backtrack from strength and power, we’re looking at motor control because if we take away high force, we’re asking, “Can you show us high quality movement?” That’s motor control.

Once we add load, that’s performance

What underpins all of that? Health! The body has to have the absence of pain, toxins, chemicals and poisons. We look at where the athlete is in this continuum to determine where to apply intervention at that point in time.

Fundamentally, both coaches and clinicians are the same coin—just on opposite sides. The client is in the middle of the coin, and we want to drive the client’s best interest forward.

Strength coaches tend to look at the problems from their end of the field. For example, a person has an inability to express strength over an extended period of time, so it must be an endurance problem; or is incapable of expressing strength objectively based on the metric they’re trying to achieve. They assume it must be a strength problem without consideration of the motor control in terms of mobility, and whether or not that person is in pain or in ill health.

Inversely, at the power endurance and power aspects where a lot of the Cross Fit  or powerlifting athletes live, if there’s a deficit, those athletes will be considered weak and in need of strength-based, power-based or speed-based programming.

The clinicians in the room who might not have a thorough understanding of this spectrum will look at problems from a health point of view. If the person’s in pain, we need to move from being in pain to not being in pain anymore. But they also might be lacking in ability to progress someone through the mobility and motor control requirements that are context specific for that athletic arena.

And that’s where we want to bridge the gap between these two fields and across this entire spectrum so that a coach understands not only how important it is for the athlete to develop, but also anything that’s underpinning that and potentially holding that athlete back from expressing these without needlessly putting someone through a 6-8 week strength based program when there’s motor control, mobility or ill health present.

Inversely, the clinician who may just want to keep promoting better health and better quality of movement and motor control may not know how to bridge the gap between the movement motor control and back into the strength or speed or endurance or power development aspect of the athlete’s program.

That’s the fundamental thing missing: the conversation between the two sides of the same coin.

How we arrive at the right entry point for the athlete that’s in front of us is:

Even though we have trained in different areas, we’re approaching the individual with the same lens and that is:

If you do, show me what you can do.

Irrespective of their subjective life and professional experiences, we arrive, for the athlete, at the same point based on an objective pathway and that helps protect our athletes against our own desires.

What we want is what they need.

Athletic performance and technical performance is quite complex. They require three elements, which is high quality movement against high force for a long period of time.

And those three things manifest themselves in different levels of performance.

As a previous field-based athlete, part-time Strongman, and working with a broad spectrum of demographics, Cam has had the chance to refine his skill set in such a way that treating for dysfunction, or enhancing function, both become about finding and picking the low-hanging fruit. 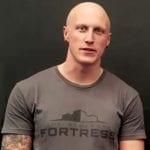 Cam Elliott is a full-time strength & conditioning coach and performance therapist in Victoria, Australia, working for the better part of a decade to ask 'why' people move the way they move and why some perform better than others. This drive has been stemmed by a belief that all pain and discomfort within the spectrum of human movement has a cause and limiting effect, and that pain or discomfort can be treated. There is no such thing as "just because" pain.