My early treks to Weider Barbell Company to buy weights took two buses and a six-block hike from my Secaucus home to Joe Weider’s Union City office and warehouse. The journey in the late ’50s from Secaucus to Union City required buses, a couple of 30-minute waits at lonely bus stops and a half-mile walk.

A small entry room at the front of the 3,000-square-foot brick edifice offered a set of upholstered chairs and a curious buzzer beside a sliding opaque window.

I hesitantly engaged the buzzer, heard its ring in the not-too-distant ‘back room,’ and in a few minutes Leroy Colbert appeared, arms and all. I thought I’d faint from amazement. Leroy’s massive upper body stretched his extra large shirt to the point where the seams were splitting…and his incredible arms! They were over 20 inches cold, with biceps like grapefruits and triceps like giant horseshoes. For arms like those, I thought, I’d train night and day forever.

I had singles and the exact change I’d saved from my weekend job delivering groceries in Hoboken.

Leroy was wearing a bulging light-blue short-sleeve shirt… sheeezz. He handed me the plates like they were two Frisbees.

I said “Thanks, Leroy,” as I handed him the precise amount from my now-five-year-old grocery store job. I was 14 and was on my way.

I had to carry the plates four city blocks and take those two buses to transport them back home to Secaucus. Not as easy as it sounds. “What do you have there, son? Looks like two Frisbees.”

Leroy and I eventually joined forces in ’62, when I got hired to work in Joe’s warehouse. While coworkers went to lunch, Leroy and I bonded over endless sets of — yes, you guessed it — seated alternate dumbbell curls. He’d go, I’d go. Can’t beat that at 19. 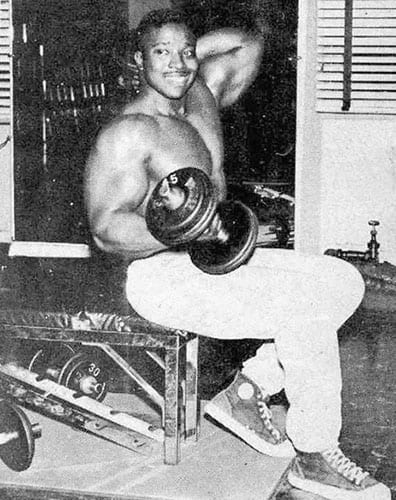 Still my favorite biceps exercise, Leroy showed me how to do them with rhythm and style in a corner of the warehouse beside stacks of bars and plates and cases of stale food supplements. Leroy, my first bodybuilding hero and training partner, still did this Big Biceps movement in the storeroom of his health food store on the opposite coast decades later.

Done with finesse and desire and love and rhythm and total range of motion, and you’ve got bells going off in the torso as it rocks, the grip and forearms and biceps as they roll and—to watch Leroy doing these in a tanktop—you could see a bunch of interesting and inspiring stuff going on all over the place.

On our lunch hour half a century ago, that man taught me rhythm, cadence and fluidity in motion.

One of the most important things I learned from him was the necessity of paying attention to the complete development of the biceps, triceps and forearms. I was positively convinced that total arm development was one of the most important factors in determining one’s eventual greatness in the bodybuilding world. It’s hard to be a superstar if you don’t have great arms.

Eventually we both ended up on the West Coast, and for many years Leroy owned Total Nutrition, a health food store on Ventura Boulevard. If you stopped in at the right time, Don Howorth or Ric Drasin or other old pals might have been there stacking up on supplies. Secret haunt for enduring muscleheads. 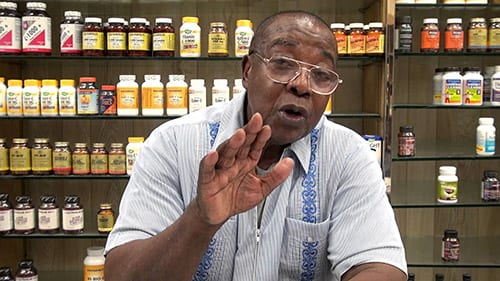 In recent years we called each other every month or so to exchange views on building huge biceps, getting rich (or not) and living peacefully in a world gone mad. Dumbbell curls, collecting coupons and staying home after dark were among our favorite topics. Leroy was a great guy, a dear friend and, like me, slightly mad.

He talked on YouTube a lot… over 60 videos of he and his Hollywood friends discussing life, liberty and the pursuit of happiness. He always talked pretty much nonstop about anything and everything; his viewership was broad, yet surprisingly uncommon. 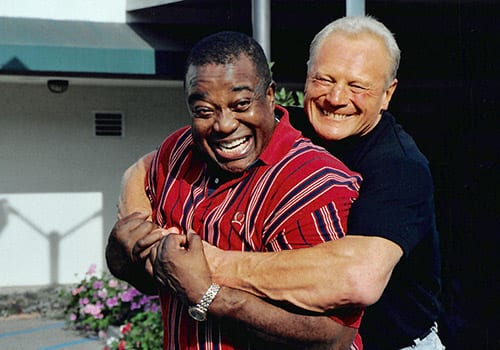 For a longer glimpse of this period of our iron history, check out Dick Tyler’s West Coast Bodybuilding Scene, in which he tells story after story of those rich times of Southern California bodybuilding following the Muscle Beach days of the 1950s. 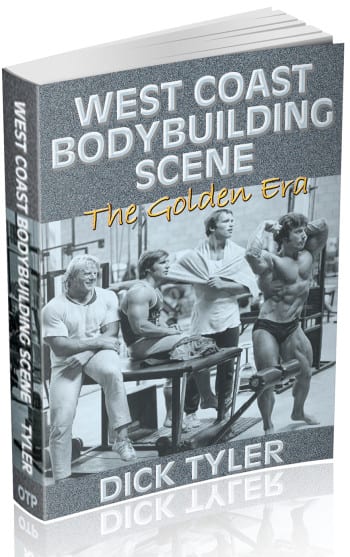 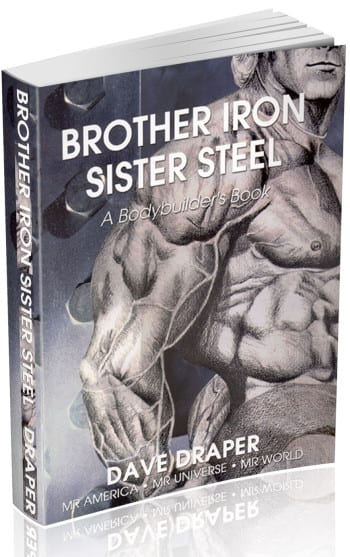