Here is one of my favorite findings in the medical literature. Let’s say we get a group of Westerners and give them an inert, bright red pill. Would you be able to stand up for a second, please, and turn around?

If the pill is this color—ta-da (indicates red shirt on audience member)—Westerners across the board will have an increase in heart rate and an increase in respiratory rate. They will respond more quickly to visual stimuli. I think they actu­ally have a reduction in their auditory perception threshold, and they can hear better.

The pill itself is doing nothing at all. It’s an inert pill. The chemicals are useless, but if you give them a light blue pill, it has a sedative effect. The heart rate slows. The respiratory rate slows. These are very small effects, but they’re real and measur­able. This has been replicated by other groups.

There’s one exception to this, and that’s Italian men. Across Western society, Italian men don’t have the predictable response to the light blue tablet. They have an arousal response just like the bright red one. People thought for a long time, “What is it about the eyeballs of Italian men?”

Really, the accepted explanation for this now is the meaning of the color light blue for Italian men. There is nothing more aggressive or manly than to play football or soccer for the Azzurri, who wear light blues. The accepted reason for this intriguing finding is light blue means one thing to all of us, but the opposite thing to an Italian man.

I’m waiting for someone to ask, “What about Viagra?” Apparently Viagra is light blue? I bet that’s intentional, and I wonder what it is in Italy. Does anyone know? 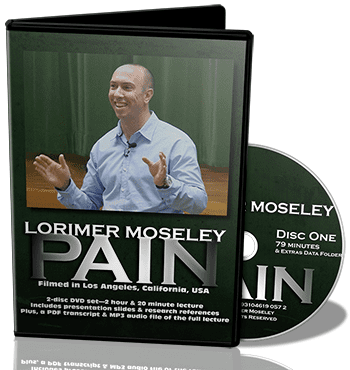 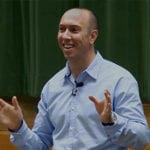 Lorimer Moseley, PhD, is a clinical physical therapist, a pain researcher and is a professor of neuroscience. He is well known as a leader in pain research and lectures worldwide on pain science.