Stuart McGill on exercises and back pain

Home » Stuart McGill on exercises and back pain

There was plenty of time for Q&A during the Assessing Movement presentation at Stanford University between Stuart McGill and Gray Cook, moderated by Craig Liebenson. Here’s one such interaction presented to Stuart McGill regarding exercises and back pain. 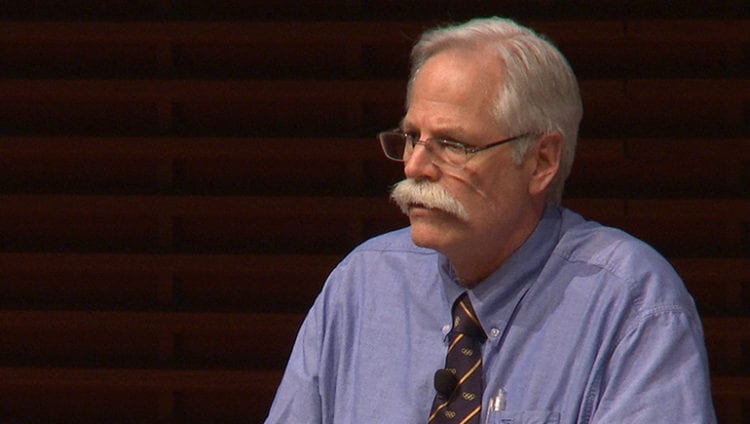 Question: My question is for Stuart McGill. For low back pain, would you do unilateral exercises with people with pelvic dysfunction? Or never?

Stuart McGill: To me, there’s no such thing as never. The answer is always “it depends.”

I wouldn’t be able to answer that question until I had the person in front of me, but then I would provoke the pelvis and determine whether that’s a pain generator or not. If it was, I would define the pain triggers very precisely in terms of motions, postures, loads, vector directions, magnitudes and duration. Only then can I design a program of what the person can do without bringing on those pain triggers.

I certainly hope I didn’t give the impression that I’m against unilateral loading or similar work. You may have seen the paper we published last year, which is about the first analysis on bilateral and unilateral load carriage—the farmer’s walk versus the suitcase carry.

We measured the World’s Strongest Man competitors with the Super Yoke, where they got under a yoke and walked with the weights on each side.

I learned such a valuable lesson. When an athlete picks up a heavy load, the force comes up the leg, but in order to allow leg swing, the force has to shear across the pelvis and up the spine.

We measured the winning strongman. Believe it or not, he had 500 Newton Meters of strength of hip abduction. I could lie on his leg on the side and he would just pop me up into the air. His strength was mind-blowing. 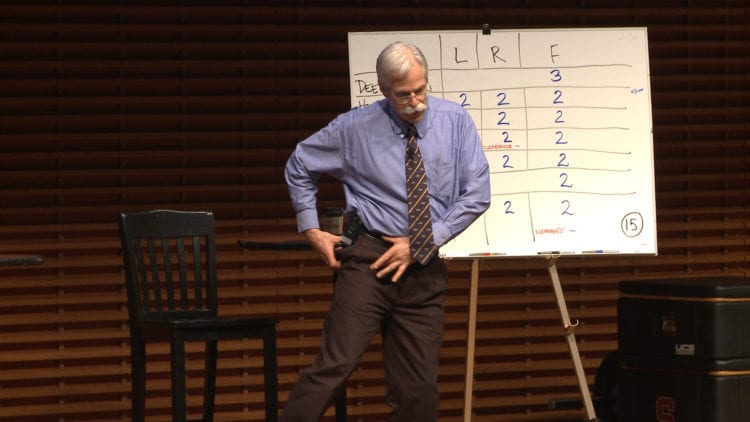 Where did the strength come from?

It came from the quadratus lumborum on the other side. The obliques assisted in lifting and keeping the pelvic platform level to allow a leg swing. That’s the type of information we learn when we work with the world’s best.

Now let’s go to the world’s worst. Let’s consider a child who has a paralyzed QL. What’s the gait pattern? Would you see the paralyzed QL on this side? The hips can’t keep up. That’s just a little demonstration of the lessons you learn.

For a football player, the ability to do the job is not limited by pull or press strength—it’s limited by being able to hold the pelvic platform up on one leg, plant, externally rotate and go.

The best way to enhance that is a suitcase carry.

How many people have you seen do that in the weight room? The suitcase carry is the number one way to do it. It’s a unilateral exercise.

Don’t do too much. Do perfect quality.

Make it count. Get rid of the music. Work like hell and go have a beer.

That was Stu McGill’s response to one question. There were many more questions during the day, and several longer lectures and live demos. The underlying goal for the day was a lofty one:

They wanted to develop a road map for the future movement, assessments and rehabilitation.

They discussed the contrast between their approaches—quantifying movement in controlled & chaotic environments.