Lats—why do I call it “the super muscle”? 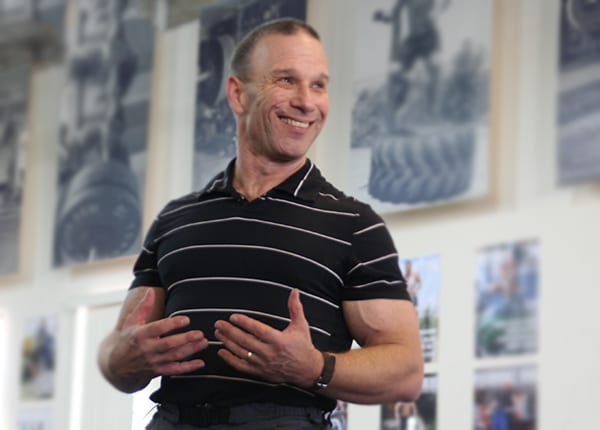 Everybody talks about the core, but when most people talk about the core, they mean the six-pack—the rectus abdominis. But there is—as Gray Cook and Brett Jones talk about in their Secrets of the Backside video—the back side of the core. That’s the spine. The origins of the latissimus are on the spine. Every time you’re using your arm, you’re connecting to the spine via the lats.

The ability to use the lats is critical. It’s also the most misunderstood, the most underutilized and the hardest to activate muscle in the whole body.

The lats consistently post the biggest problem in most people’s training. A lot of the reason is because they’re in the back. You don’t see them in the mirror; you can’t see them unless you’re walking backward. But they’re critical. They are truly a super muscle.

It’s always a challenge for people to utilize the lats, especially in the press. We see it every time we have a Beast Challenge when people miss the press. It’s right up into the shoulder.

All the powerful movements are full body, interconnected and linked movements. But when you try to turn things like the press into a shoulder movement, it not only doesn’t ever work unless you’re really crazy strong and could probably press double that, but it also runs the risk of injuring the shoulder.

Where are the lats? What do they do? How do you use them?

We’re going to cover a little kinesiology here, which I know for most people is like dry toast. But if you don’t know where things are and what they do, you’re searching around in the dark.

You can see the lats have multiple origins. The origin is where the muscle starts; the insertion is where it ends, where it’s fixed.

Where it inserts is inside the greater tubercle of the humeral head. All of this starts below and sweeps up and inserts on the arm.

So, multiple levels of origin and one common insertion point, the arm. 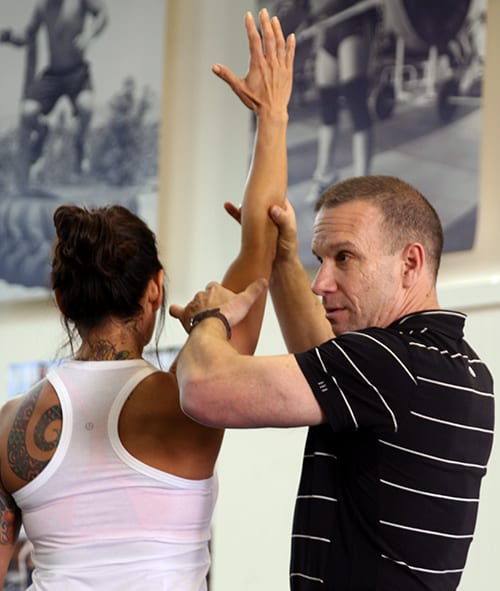 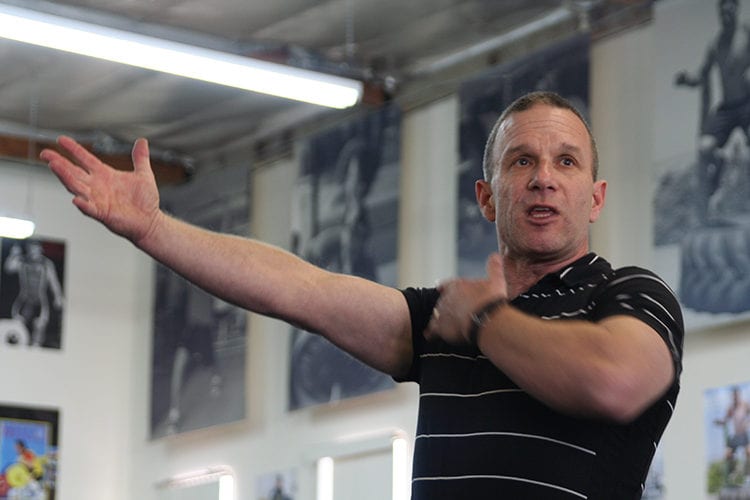 But the lat, like the pecs, is a fan-shaped muscle. Starts low and fans out. When you change the angle, you change which part of the lats are being activated.

To make things even more complicated, it’s a big muscle.

To make things even more complicated, think of a deadlift, where the hands on the bar are fixed—the insertion is fixed, but it’s still moving and so is the origin.

Function of the lats

What’s the basic function or action of the lats? This part is very complicated how to explain. The basic idea of what the lats do is that they adduct the arm, adduct, AD-duct.

There’s AD-duct, AB-duct. Adduct means adding mass to the body. It brings the arms down and it extends the shoulder. Bringing the arm down is the finish of the lat. It’s the finish of gait. That’s where the lats come into play. When you’re stepping, the lats are stretching into the opposite side glute.

The lats are involved in everything—swimming, hiking…everything. It’s an essential piece. It’s that bridge between the upper and the lower parts of the body. Basically it brings the arm down, turns the hands in, and extends the shoulder.

That is the basic concept of what the lats do.

The main thing to remember is that it brings the arm down into the body and extends the spine.

Why is that important? Because spinal extension is the safest position your back can be in.

And for even more on the lats, check out Mark Reifkind’s Lats, the Super Muscle video.

Other articles by Mark Reifkind 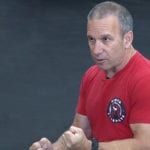 Mark Reifkind is an athlete, training and educator who specializes in kettlebell work as well as recovery from injury. His competitive athletics ranges from gymnastics to powerlift to endurance running. That wide base of experience offers a lot to draw from as he trains and teaches others.