How do you use the FMS screen in a group class?

Home » How do you use the FMS screen in a group class?

Here’s a question we hear pretty often: How do you use the FMS screen in a group class?

Turns out that question also came up during the live Q&A following the Future of Exercise Program Design lecture, where Alwyn Cosgrove and Gray Cook offered the following suggestions. 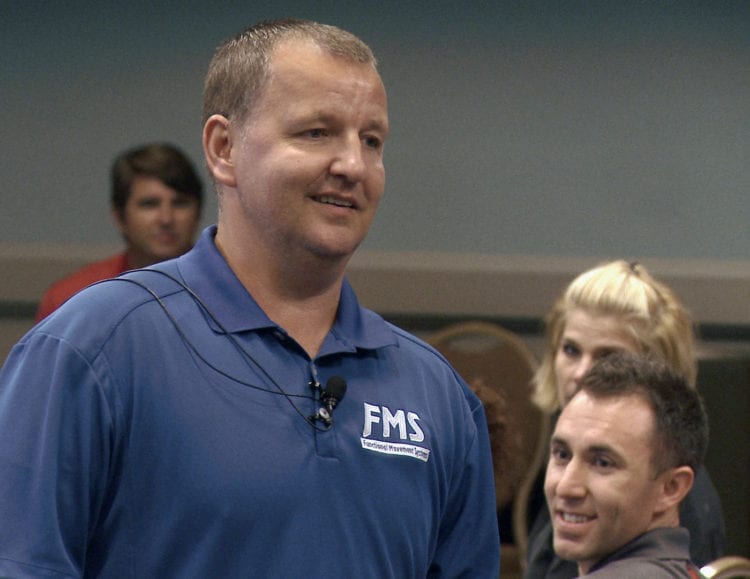 Here’s what we do with groups. Everybody who joins our gym gets individually screened. This gives us a baseline. Then during the group class, we all warm up, then each person may have one or two things to fix, which we discovered during the individual FMS.

By then we know that everyone is cleared for exercise—there was no pain on the FMS. You don’t have to go to a therapist—you’re just not good at the movements. So now, in the group class, when I say, “Correctives,” one person’s doing his shoulder while another’s doing her core. 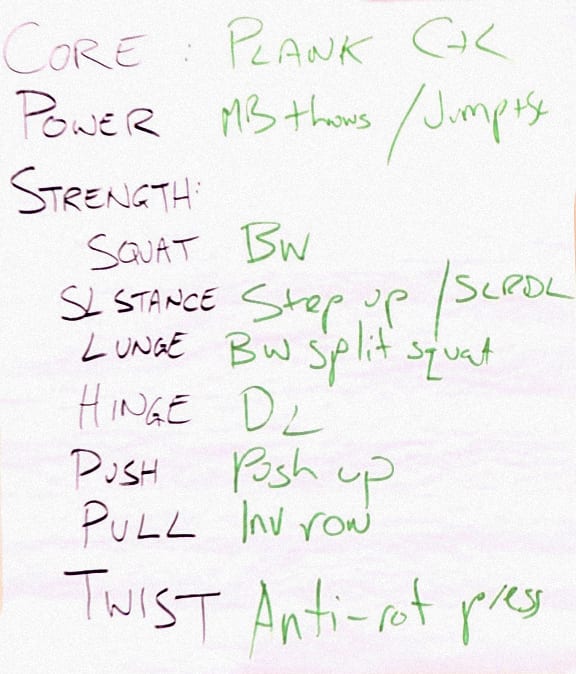 For every skilled exercise, there’s a corrective section for the additional stuff.

Does the screen suggest you shouldn’t squat? Here’s what happens: No squats for you. Do core.

If you have a small group, imagine you didn’t have any movement screen information. What would you do? It’s more chaotic, isn’t it?

Now you have movement screen information and you can enhance your programs.

Don’t use groups as an excuse to skip steps.

Let’s make an assumption that in a group of women who hired you for fat loss, none of the women have a motivation issue or a work ethic issue. They’re coming to you because they have a metabolic deficiency. Something is not working the way it should. The fastest way to find that out is to screen them.

We’re going to train everything, but the human body can only do so many things. It can squat, hinge, lunge, push, pull, twist and single-leg stance.

If I do a muscle part split, I may miss something. If I train all of the movements, I get everything.

My answer to the group screening questions is this: Establish a baseline.

Anybody who joins your gym from now on, screen them. If you’re good at screening, it takes seven to 10 minutes. That’s about as long as it takes to write up a credit card payment.

You can do it and you can get so much information that will enhance your programs. It’s worth it. 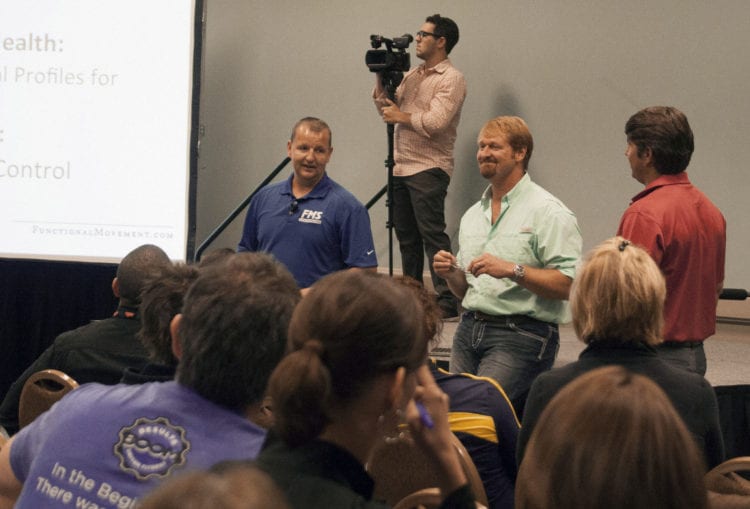 In a group, if you’re not in the middle of ability, you aren’t going to get what you need. Some people are going to get way more than they need in that uncomfortable and awkward stage.

The whole point of screening is so when we get to a move that’s going to make you feel awkward or it’s going to be unbelievably easy for you, we’ve already pre-determined where you should go.

And this keeps the rhythm of the group going. We keep the group energy.

I never understood why people who choose to exercise in a group would assume they have to be screened as a group and talked to as a group. Most of them want to meet you in person. You can take about 10 minutes to find out the specifics you can give them later in a group situation.

Don’t take that opportunity away from them. They want to meet you and hear behind the scenes this little extra attention for them. That’s a huge up-sell.

A lot of people think group training means we have to screen as a group. With boot camp, we train them as a group, but they still go through an individual assessment process.

People don’t all get the same size shoes. We have to figure out what size their feet are. They get the right size boot, but they all train together.

Results and retention will be improved through the roof with screening.

Nearly everybody wants to claim, “I have 60 people” or “I have 80 people.” They want me to say, “Understandably then, you don’t have to screen them.”

You’re not going to hear that from me.

If these people are giving you money, you have an obligation to find out where they are and individualize their programs. I understand logistically it can be tough, but I still want to know whether a woman is going to hurt herself if I hand her a kettlebell and ask her to do a shoulder press.

The moral of my part of the story is: Use the movement screen to enhance what you would already do. 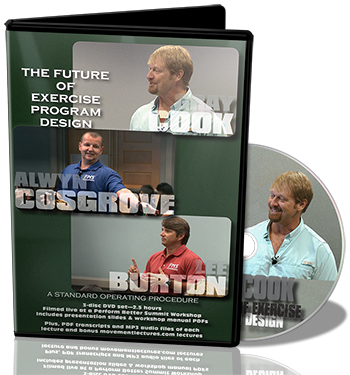 Our video The Future of Exercise Program Design, featuring Gray Cook, Alwyn Cosgrove and Lee Burton, goes into great detail about how to use the Functional Movement Screen to create individualized training programs. Click here to see the preview clips and learn more about the video. 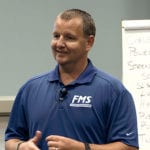 Alwyn Cosgrove is the co-author of the New Rules of Lifting books, co-owns one of the most successful training gyms in America and coaches fitness business owners on success. He's a Nike consultant and a top presenter for Perform Better. He spends his time training clients and staff at Results Fitness, lecturing and coaching fitness trainers on various aspects of the training business.