An Excerpt from Josh Hillis’s book, Lean and Strong 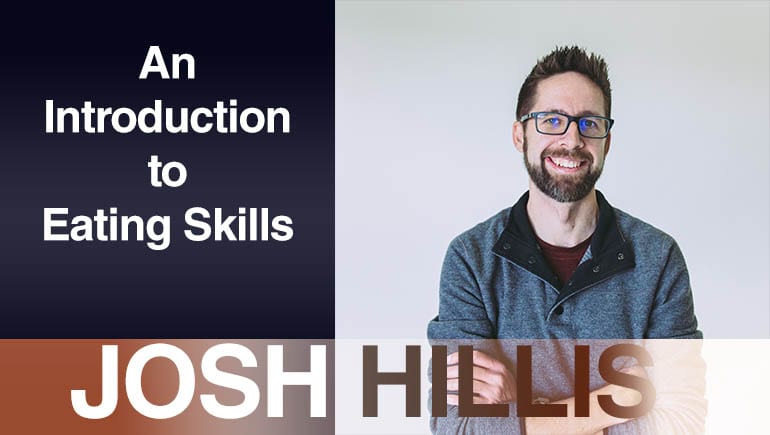 The biggest mistake most people make with intuitive eating is that after a lifetime of ignoring hunger and fullness cues, they attempt to just “hope it all works out.”

Most people spend their lives:

If you’ve spent decades ignoring hunger and fullness, you can’t expect to be an expert at it the first day you decide to try.

You need to work on the component skills that make up listening to hunger and listening to fullness, and noticing the difference between emotions and hunger. Fortunately, that’s what this section is about.

One study rated people on intuitive eating using a pasta taste test. They were allowed to eat as much pasta as they wanted, but were randomly divided into two groups: One group got a twelve-inch plate, and the other group got an eight-inch plate. The people with the smaller plates ate less. Interestingly, and contrary to what the researchers had predicted, the difference was the biggest with people who scored highest on intuitive eating. The guideline of plate size made a huge difference in their intuitive skill use.[ii]

The potential pitfall is turning the guidelines into diet rules: If you turn them into hard rules, you’re screwed. If you have black-and-white thinking about foods, that some foods are “good” and others are “bad,” you’re similarly screwed.

As long as you can keep them flexible—as guidelines—you’re cool. They’re super effective; just hold them lightly. It comes down to using them as a target…but not freaking out when things aren’t exactly perfect. Guidelines, not rules.

We’re going to work on four kinds of skills:

You’ll use a mix of both guidelines and skills. Guidelines will help, especially when you’re just learning the skills, or when you’re in times of intense stress.

In the end, you probably want the one skill from each box that makes the biggest difference for you. That’ll leave you with two listen-to-your-body skills and two guidelines. You’ll use the “trust yourself” skills most of the time; the guides you’ll use in times of stress. Simple.

Dan John talks about having a “pirate map” to a goal. Essentially, it’s the clearest and simplest steps to follow. For weight loss, the pirate map looks like this:

The biggest misconception about habit-based or skills-based weight loss is thinking it’s slower.

Skills always win. It’s the tortoise and the hare.

Sure, it sounds cool when your friend loses ten pounds in a week…but your friend has probably been losing and regaining that same ten pounds for a decade or two.

On the flip side, losing a half-pound to a pound per week and having that handled forever is much, much faster. Do it right, once, and be done with it. Sure, your friend may lose and re-gain ten pounds twice in the time it takes you to lose ten. But then, while you’re losing another ten pounds, your friend will have lost and regained that same ten pounds another time or two. Fast results create an illusion of progress…but if you’re losing and regaining the same weight every other month, there’s no progress at all—it’s just a cycle of failure.

The hare always loses because the hare starts and quits over and over again. Doesn’t that sound like the diet cycle of failure? Start really fast, then quit?

The tortoise always wins, always goes faster because of continual steps in the direction of what matters.

The big evolution for this system was realizing that skills fit into a matrix to solve problems we have with eating too much.

If you eat too much between meals—work on between-meal skills.

If you eat too much during meals—work on during-meal skills.

If you want to transform your relationship to your body and to food—work on listen-to-your-body skills.

First, we want to distinguish whether your issues are mostly between meals or during meals. Often, I find clients have been working diligently on their meals, but they never addressed boredom or stress snacking between meals. Working on “between meals” makes all of the difference for them.

People always have the most food enjoyment, best body image, highest wellbeing, and most sustainable weight loss results when they use listen-to-your-body eating skills.

Lastly, when people are tired or stressed out, it’s always harder to use listen-to-your-body skills. In these cases, people can just rely on eating guidelines. 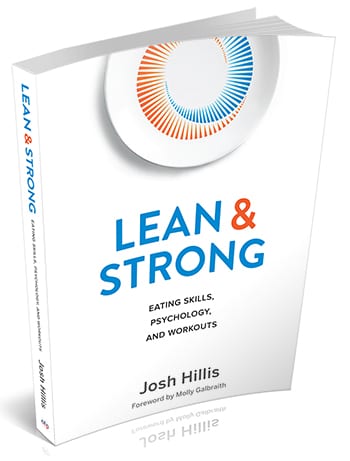 This was an excerpt from Lean & Strong by Josh Hillis. Click here for more information. 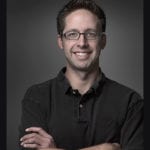