Structuring the training week has always been one of the biggest problems faced by many lifters. 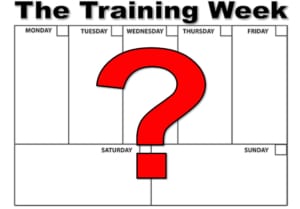 Many do things that just don’t make sense. Why would you go heavy on the clean and jerk the day after a huge squat session? That just doesn’t work.

Let me explain the “how and why” behind the weekly training structure I design for my athletes.

Here’s a look at a regular week:

These lifts should have the highest priority. This first session is usually moderate in intensity and high in volume. I like to do EMOM (Every Minute On the Minute) sets on this day, and those are usually done with between 70% and 80% intensity. Make no mistake, 20 EMOM reps with 70% on both the snatch and clean and jerk is not an easy workout! These EMOM sessions are tough, and hard to finish with no misses. 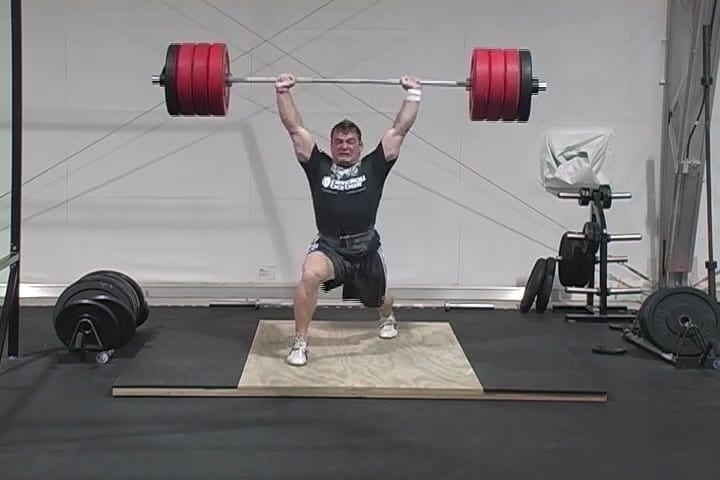 As tough as they are, they are tough in a way that improves technique, rather than being tough in a way that destroys technique. High-volume workouts that achieve volume with sets that require 3 reps or even 5 reps done continuously with no rest (or almost no rest) between them build fatigue very fast and destroy technique. Watch someone lifting a heavy triple in the snatch. The first rep is usually perfect, the second a little ragged and the third rep, if it is made at all, usually has serious technical flaws.

In an EMOM set, fatigue builds so slowly that over the whole set, the body is able to handle it by slowly and gradually increasing lifting efficiency, even as fatigue slowly eats away at the power you have available. You slowly become able to catch a little bit lower, to change directions a little faster when doing from pulling to going under and to use a line of pull that puts the bar overhead just a little easier. These changes are slight, and they happen incrementally, but they happen.

Monday is devoted to the lifts and is the highest volume day for the lifts—the day when the lifts have the best chance of being done in the most efficient manner possible.

One of the great things about starting the week out with an EMOM session is that it doesn’t affect subsequent sessions too much. For instance, it is absolutely possible to have a great squat workout the next day. If you reversed the order, with a big squat day on Monday then tried to do the lifts the next day, it would definitely have a negative effect.

Tuesday
We follow with what is usually the highest volume day for squats. Tuesday is the day where you would put your 5 sets of 5 workout if that happened to be the program you were using. 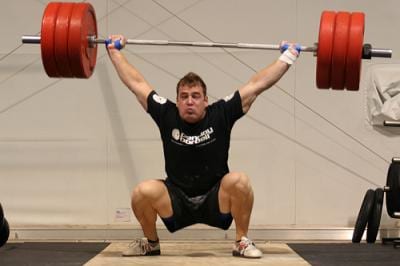 If your training program calls for both front squats and back squats on the high volume day, 4 sets of 3 on the front squat followed by 4 sets of 5 on the back squat is a program I have been using lately and it has been working very well.

Day three is usually devoted to some variations of the lifts. A couple of my favorites are snatch high pulls + snatches or cleans and jerks with one or more front squats in between the clean and the jerk.

On Wednesdays, I always try to find ways to make the lifts work an athlete’s weak point.

If a lifter is weak off the floor, we may do snatches with a two second pause right when the bar leaves the floor. Or we might do snatches off a three-inch riser. Pauses during the pull, or pulling from blocks or off of a riser, are probably my favorite exercises on this day. I try to keep it similar to the competitive lifts, but always slightly different in some way.

Thursday
Thursdays are a rest day for us. Just as important as any other day. 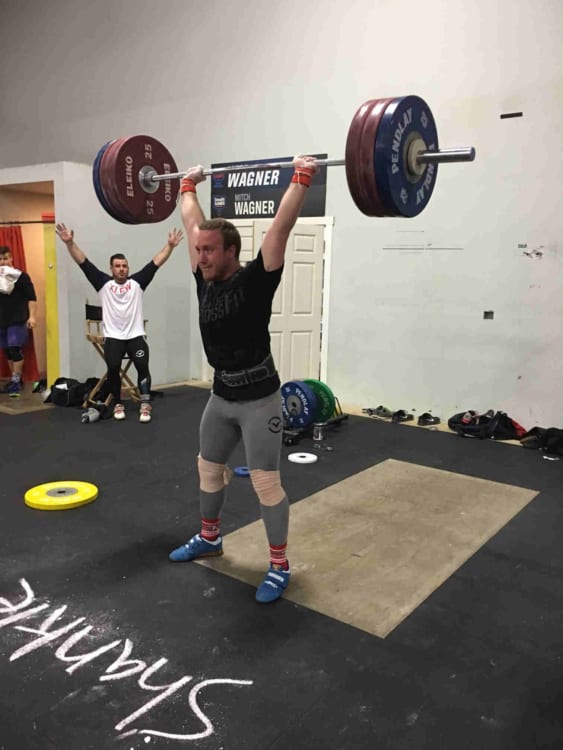 The idea is to train to maximum because that is the fastest way to get stronger but vary the exercise enough to keep from going stale or losing neural efficiency, both of which can happen if you do the same lift with 100% intensity too often.

Friday is probably the most fun day of the week. What could be more fun than getting to challenge yourself and max out on one or two new exercises each week? That is enough to keep you motivated.

Saturday
On the last day of our week, we do our high intensity Day of Strength work.

While we perform a far higher volume of squatting on Tuesday, Saturday is limited mostly to trying new 1RM, 2RM, or 3RM. We have a list of exercises that we can use including front squat, back squat, several kinds of good mornings and box squats to several different heights of boxes and with several different stance widths. Exercises related to the jerk (like jerk steps and jerk recoveries) are also done on Saturday.

Usually we pick two different exercises that focus on the legs, hips, back and squatting strength and one exercise where the focus is on improving the jerk. Often I make the Saturday workout harder by adding in an AMRAP (As Many Rounds As Possible) set after we go for a PR on a particular exercise. For instance we might try for a 3RM on the front squat, then take 20% of the weight off the bar and do a set where we perform as many reps as possible. Whether we are doing front squats, box squats or jerk steps . . . whether for a 1RM, a 3RM or an AMRAP set, the emphasis is always on breaking records.

This is our weekly plan. It doesn’t change much week to week. It is a constant whether we are in an off-season week or peaking for a meet. It’s simple and has proven itself to me.

Try it. My experience says it’ll work for you.