Gray Cook: Corrective Exercise at The Edge of Ability

Home » Gray Cook: Corrective Exercise at The Edge of Ability

Corrective exercise should not be a rehearsal of outputs. Instead, it should represent challenging opportunities to manage mistakes at a fundamental level near the edge of ability.

Ten years ago, we had physical therapists—myself included—telling people to do internal and external rotations with rubber tubing to get a shoulder ready.

Now, my shoulder clients have to bear crawl and deadlift.

Bear crawls and deadlifts? What do they have to do with the rotator cuff? The rotator cuff is a stability muscle and it’s reflex driven. The two things in the neurological platform that stimulate better reflex stabilization are compression and distraction. Bear crawling and deadlifting. One is going to pull your shoulder out of the socket and one is going to jam it into the socket. If neither one of these things bothers your shoulder, you have a pretty damn good shoulder.

These are things kids naturally do, don’t they? They lift things or hang their whole body weight from their arm. Have you seen kids who can’t keep up with their parents in the mall, what do the parents do? Pick the kids up and swing them by the arms. Their little legs are swinging. Their shoulders don’t come out. That’s a good thing.

Distraction and compression opportunities for the hips and shoulders are probably going to provide more reflex stabilization than rehearsing repetitions with the stabilizer muscles. They’re going to send out a global signal for alignment and integrity.

The first thing I’m going to do is narrow the base. While the students are reaching for the stick to do the chop and lift, I’m watching the person. Guess what? This isn’t somebody who’s unfit. This is a triathlete. The person starts sweating when they try to half-kneel on one side . . . they’re smoked.

It’s not because their heart rate is at 170bpm. They’re trying not to fall. They’re going into their sympathetic nervous systems and they’re not learning. Handing them a stick or a kettlebell to do a halo or press is stupid.

Half-kneeling on one side was great. On the other side, it’s a panic attack.

Why? They don’t know how to stabilize.

Neither of these are stability. Would you like me to drop a sandbag on your shoulders in this bent-forward or backward positions? No, this upright position is where I can carry it—zero degrees, which requires neuromuscular stability and alignment.

Part of a stability strategy might just be not falling over. Is this in-line half-kneeling near my level of ability? Is it smoking me? Hell yeah. This is the corrective exercise. A lot of people aren’t impressed because I’m not barking out verbal cues or naming all the muscles that are being engaged. But for the person doing it, a person who knows he can do it on one side and not the other, there’s a lot of stuff happening right here—a lot of stuff. When you stand up, your single-leg stance and lunge are going to be better. You’re going to stand up and you’re going to be a little sore in places where you haven’t been sore.

Don’t be looking for this when I don’t even have the base. Let me get the base. When I send somebody home and this half-kneeling position is an exercise, I say, “Listen. I don’t want you to do a bunch of exercises for me, okay? Just test this four times a day.”

“Oh, okay. I’ll test it. Just get down on one knee and see if I can balance for a minute without hyperventilating?” “Do that. Don’t train it. Just test it for me four times a day.”

All they have to do is two or three days of that. They’re not having to learn a pattern. They’re having to relearn it. It’s already there. They just haven’t been using it or some mobility or stability issue has compromised it. Some activity has compressed it in some way.

More from this lecture: 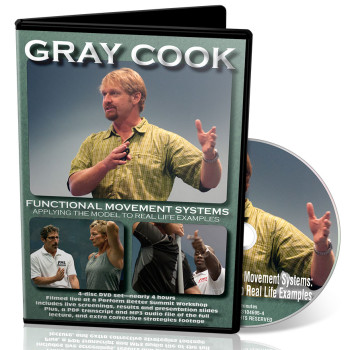 Click here for more from Gray Cook on movement principles

More on corrective exercise from On Target: 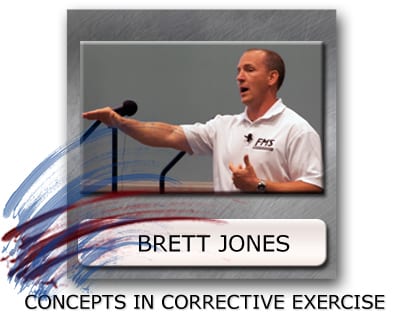 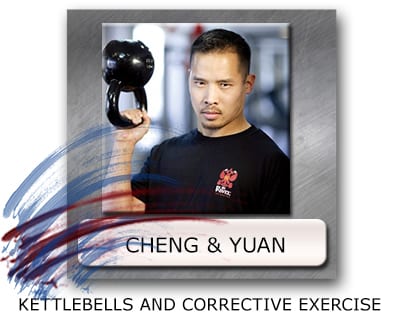 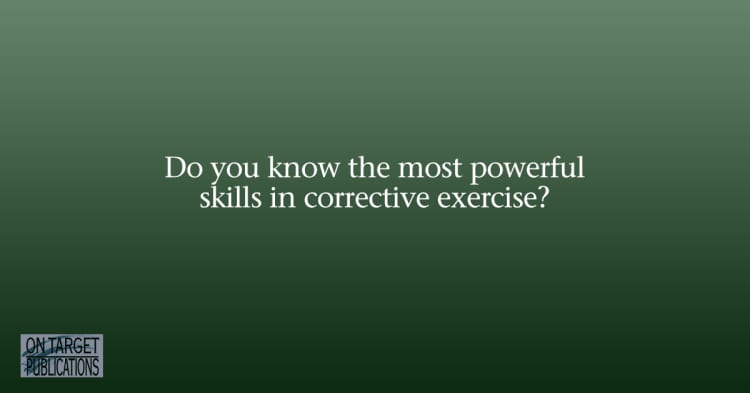 Corrective Exercise for Trainers and Coaches