Let’s take some time today to think about breathing.

When you breathe, do you feel like the whole region is expanding during breathing?

Ideally, it should be. Breath should occur in 3-D. But for some people it won’t. 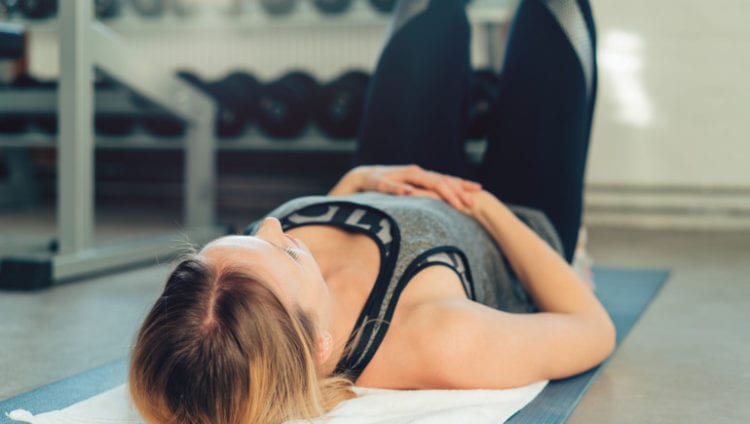 Ideally, it should be in-and-out. We should not have to go to superior-inferior breathing . . . a little bit, but not all.

In order to breathe well, we need mobile ribs and a mobile t-spine. If we don’t have that mobility, we have to breathe from somewhere else. A body is going to breathe no matter what. When the ribs and t-spine gets locked down, what happens? We start to breathe from the top of the ribs or into the neck. How many of your clients’ shoulders are moving to just breathe? When sitting, if you put your hands on their shoulder blades as they breathe and your hands are going up and down, this is not good.

Ideally, we see a little lateral movement. If all you’re seeing is elevation, which you will in a certain number of your clients, there is something wrong. 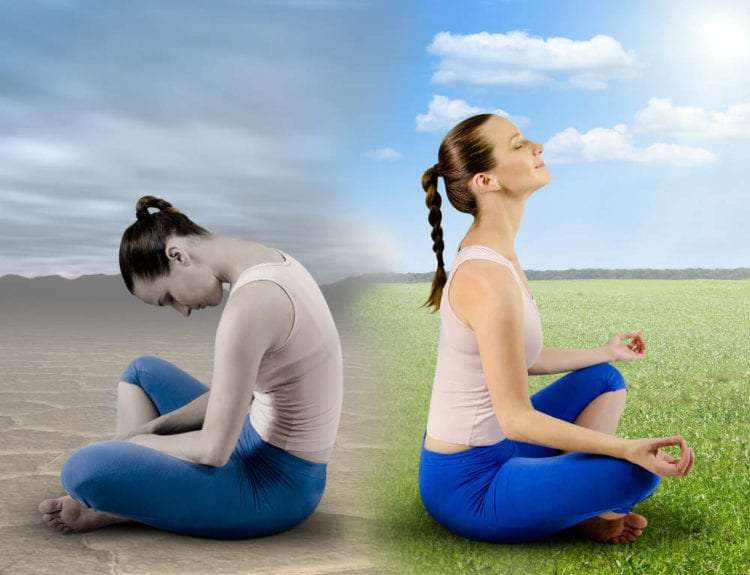 Breathing is influenced by our actions and emotions, and it also influences our actions and emotions. Breath changes with feelings, whereas respiration is a natural act. The act of respiration—a gas exchange—is happening without us thinking about it. If we’re in pain, it changes our breath. Things like poor posture can cause an alteration in breath, or vice versa, where breathing issues can cause poor posture.

Respiration is the exchange of gas. A body cannot store oxygen, so we have to constantly exchange it. Luckily, that’s not something we have to think about. It happens automatically. It’s the simple exchange of gas that we’re not focused on. Respiration depends on the oxygen needs of a body—when exercising, we’re going to have different needs for different levels of oxygen depending on the activity.

Breathing can also be affected by what we’re doing—if we’re exercising or if we’re sitting or resting. It can be affected when we’re angry or upset or happy. The mind affects the breath and vice versa.

There are different breathing patterns to consider. If you’re just sitting and have to use the neck muscles to breathe, that’s probably a problem.

We have costal breathing and diaphragmatic breathing; neither one is right or wrong. Both have variations and which is best depends on what we’re doing at that moment.

As we breathe in, we get shoulder flexion and scapular elevation. As we breathe out, we get scapular depression and relative arm extension. Obviously, we don’t go into extension, but we get less flexion.

Breath facilitates stability. As you look at the diaphragm, you’ll see it attaches onto the ribs. It attaches all the way up to T-6, all the way down to L-3; there’s a central tendon and it’s attached all along the periphery. 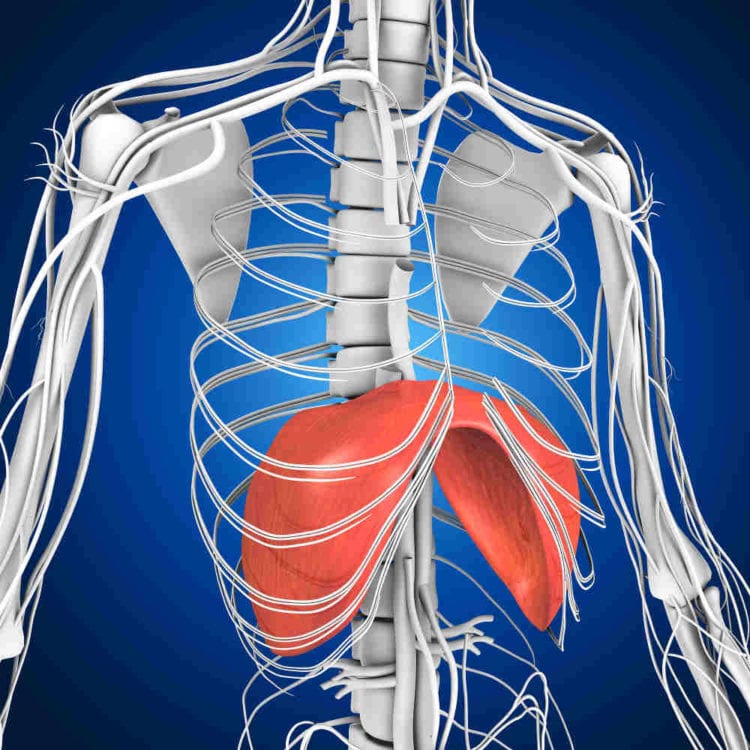 The diaphragm has to function as a respirator and as a stabilizer. But, remember, it’s not that we don’t want the spine to move. If the spine wasn’t meant to move, it would be one long bone. But it’s not; it’s 24 moveable parts.

The spine is meant to move. The point is, it’s not meant to move as a compensatory pattern for something the hip or shoulder can’t do. When I want to go into hip extension or shoulder flexion, I should be able to do those without using my back to get there.

Clearly, the diaphragm is a very important part of what we’re doing in our breath training.

Now we have to again look at these anatomical connections. The scalenes attach to the first and second ribs, and if someone is using the scalenes as a primary breathing tool, you are going to see an elevation of the first two ribs.

We have an entire neurovascular bundle coming out of the brachial plexus along with arteries. If these two vertebrae get elevated, this decreases the space between the vertebrae and the collarbone—the clavicle, which can produce thoracic outlet symptoms.

We can decrease the space and encroach on that neurovascular bundle, giving circulation issues as well as paresthesias under the arm. Often, these scalenes get a little bit overactive with breathing. Again, we need them when we increase heart rate, but we don’t need them while we’re sitting around doing nothing. When a person is using these as a primary mover for breathing, this can potentially be causing other trouble.

The diaphragm attaches onto the ribs and across the back. When we see a poor breathing pattern, the body is choosing breath over other needs. Now the person has lost stability. Every time this person takes a breath, the back is moving a little. That’s paradoxical breathing.

That exhalation movement is helping the diaphragm function as a stabilizer and as a respirator. But if you lock down the abs, you can’t breathe well. If you fire your abs, your diaphragm doesn’t have anywhere to go. It can’t distend.

You have to figure out how to get some tension at the diaphragm, at the distal end, so the central tendon can function normally, to be the thing to descend and ascend during respiration. Stability with respiration—we have to get that stability with breath.

We must differentiate between the spontaneous act of oxygenation and the act of breathing for purposes outside of respiration. Respiration depends on the oxygen needs of the body.

Respiration is automatic; breathing in conscious. 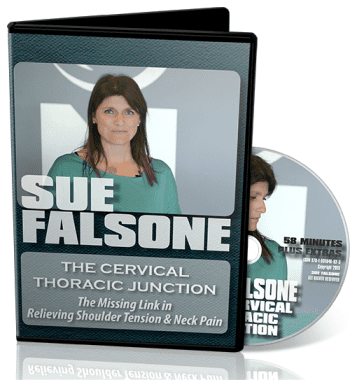 The cervical thoracic junction is an easily overlooked area that can cause significant problems in the surrounding areas, including shoulder tension and neck pain. Sue Falsone takes her experience working with high caliber athletes and demonstrates practical exercises and strategies you can use to alleviate problems in this area of the body. 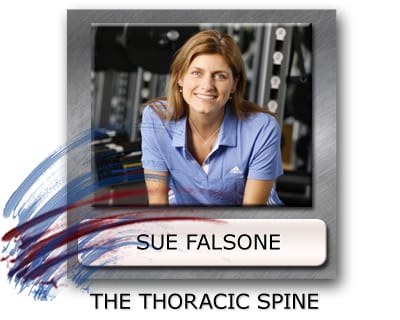 Sue Falsone is known among her peers as the go-to gal for T-spine knowledge, and in this lecture, The Thoracic Spine -- The Missing Link to Core Stability, we learn how she got that reputation. 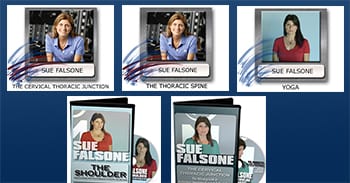 This is a discounted collection of Sue Falsone's products. It's a mix of both digital and physical items, and you can order either or both editions.

Sue Falsone is the owner of Structure and Function, an education company dedicated to educating healthcare clinicians and equipping them with the skills they need to improve the outcomes of their patients. She worked with Major League Baseball’s L.A. Dodgers for six years, last serving as their head athletic trainer and physical therapist—the first female head athletic trainer in any of the four major professional sports in the United States. She currently lectures on various aspects of physical therapy, and has just finished a book about her treatment preferences.