The basic premise of the Olympic lifts is simple. Unfortunately, much of what people try to do runs completely contrary to the simple premise. This premise should shape how we approach every part of the lift and when you understand it your lifts will go through the roof.

When we understand the basic premise of a task it should shape everything we do within that task.

In basketball the goal is to score more points than the other team. It shapes how teams play offense and defense.

In the shot put the premise is to throw the ball as far as possible, all parts of the technique are aimed at improving the likelihood that you will throw the ball farther.

So what’s the simple premise? 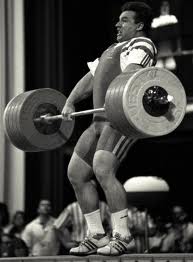 That’s it. Lift. Something. Heavy.

I hope that no one disagrees with that point. Whether ending up with the bar over your head, or at your chest, the premise does not change. If you understand the idea of lifting something heavy your technique should be shaped for the better.

This article is not one to urge you to lift more than you can handle (as in “don’t lift light, lift heavy”) but to approach your technique with this premise in mind. The idea of “lift something heavy” is not me imploring you to go beyond your limits, but to change your thinking to dramatically improve your technique.

What we do wrong in weightlifting technique

I don’t think that anyone approaches weightlifting with the idea that they will lift something light. The problem is that we often forget what it means to lift something heavy, and the technique that people use reflects this oversight.

Lifting something heavy is a foreign idea, most people like to remain in their comfort zone. In this case our comfort zone means the resting state in which our body weight is the only load we encounter on a daily basis. Going out of that comfort zone means we have a tendency to mess things up.

The status quo of our unweighted life makes it easy to mess up the basic premise of lifting heavy.

In the Olympic lifts the first time we can mess up this premise is while the bar is still at rest on the ground. 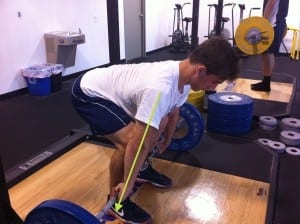 The old rules of weightlifting, before 1964, mandated that the bar not touch the body throughout the clean or the snatch until the rack position. No bumping it with the hips, no pulling it against the thighs, and no scraping the shins. With a rule such as this, getting in front of the bar at take off made plenty of sense, but after the rule change a new technique emerged.

Unfortunately for many, some coaches were not “early adopters” of the new, correct, technique. While the old technique produced some massive lifts back in the day, it was far from being the most efficient way to lift big weights.

A look at current and recent World and Olympic champions shows a better technique that has emerged in the last half century, but again some are late adopters were slow to join the party.

While there are several spots along the first pull and in the transition area around the knee that definitely don’t fit into our idea of “lift something heavy,” the next big area of concern is the moment of the final pulling position (at the end of the second pull/beginning of the third pull).

Mistakenly, many take a fairly straight-legged, hips behind the bar. A very hip dominant position, one that feels powerful, and does in fact create a lot of power, but also one that creates power in exactly the wrong direction for lifting heavy weights.

This position imparts horizontal force into the bar, and while a ton of bar speed can be generated from this position, it must be remembered that we are trying to lift the bar UP to our chest or overhead. Forward chest and hips back isn’t going to cut it. 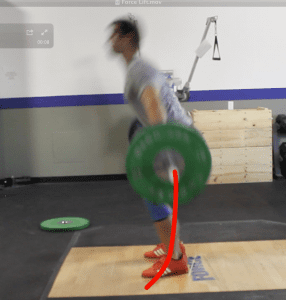 How to lift heavy weights correctly

When the goal is to lift something heavy it will shape both of these problem spots. To lift heavy things we must gain an advantage over the weight, Moving the bar towards your center of mass is the only way to go about this.

To lift something heavy from the floor a more vertical torso position should be used. Instead of forward of the bar the shoulders should be directly above the bar and the knees should be in front of the bar. The sweep can occur naturally. 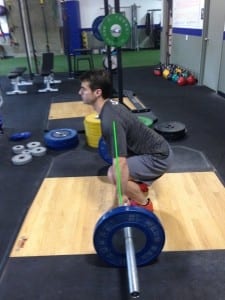 A bigger adjustment is necessary to change the conversation at the top of the clean and snatch. Rather than a position which creates horizontal hip projection we need to think about getting in a position that creates vertical hip movement.

Think about it this way, if I were to ask you to lift your refrigerator or the ass end of your car from the middle of your thigh, how would you approach it?

I would imagine ‘2’ would be the resounding answer by an overwhelming margin. This is how you always lift something heavy.

Using that frame of reference we now know how you need to approach a clean or a snatch and the final pulling position. A dramatic hinge is not necessary, as it will project the bar forward. We need to have a strong “lift something heavy” stance, knees under, torso vertical power position to project the bar upward towards the chest or overhead.

In the video below, you can see a clean from a little over a year ago vs. one that I did last week. While the weights are dramatically different see how I approach the bar in the newer manner. I am much more capable of pulling bigger weights but also in getting under the bar much quicker. I have most definitely learned to lift something heavy in the last year.

There’s more at On Target to hone your Olympic lifting technique and give you the coaching tips you need: 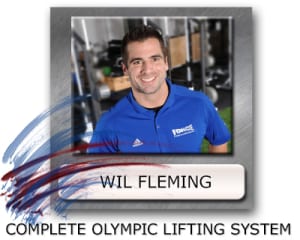 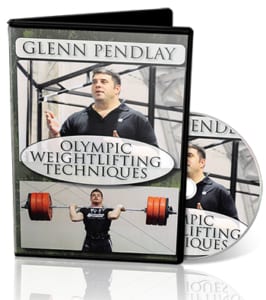 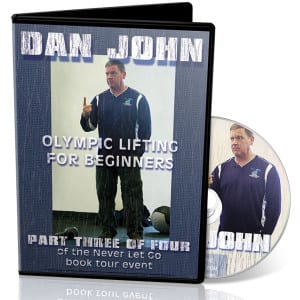 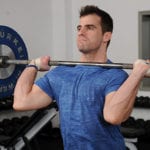 Wil Fleming is a sports performance coach who specializes in explosive athletics. He's the co-owner of Force Fitness and Performance in Bloomington, Indiana, where he trains competitive athletes.