When considering the IAO, don’t just think ‘abdomen.’ Anna Folckomer shows you how connections with the back and thoracolumbar fascia create core stability.

Your IAO—we’re using IAO for internal abdominal oblique—exists in your back. That’s huge, because as a clinician, a lot of times we hear people saying, “Oh my QL, my QL.”

Everything is QL these days. But it’s not always QL. It actually can be IAO or other structures in the back.

This is hugely important. It makes this muscle an intrinsic core stability muscle. One of the rules of intrinsic stability is that it has to attach to the anterior layer of the thoracolumbar fascia, and IAO does.

IAO exists in synergy with transversus abdominis or TVA. They are best friends. In fact, they have a neuromuscular bundle in between the two, so if something becomes compromised, it will actually cut off its own blood and nerve supply to keep it in check. They’re existing synergistically. 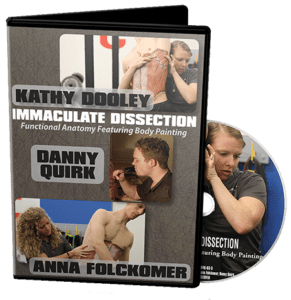 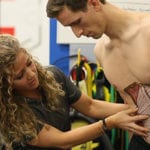 Clinician Anna Folckomer was a classically training modern dancer, who after suffering injuries that halted her dancing career, is now a full-time acupuncturist and herbalist practicing in Manhattan. As part of the team of Immaculate Dissection, she regularly travels to lecture on anatomy and corrective exercise. 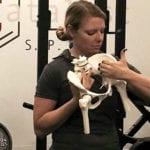