We talk a lot about power:
Power training for fat loss, 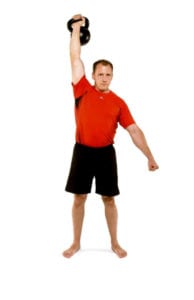 What may have been missed in the process, though, is laying the foundation for that power.

To be powerful you also need to be strong. In order to be strong, you have to have the right patterns.

We’re going to go into building your overhead positioning for the push press as an example.

What is power? Applying your strength quickly.

Athleticism is often about the ability to produce dissociation. It’s that ability to dissociate and summate that makes athletes.

Let’s consider the push press, which is a combination of a squat and overhead press. It’s all about laying a foundation. How do we get prepared to be powerful? This is how:

We’re going to pattern first. We want to know where the weight’s going and how to control it. We don’t want any surprises. By the time we’re taking three-and-a-half times bodyweight in an eccentric load position, we want to know exactly where we are. We’re going to lay down that pattern, owning the movement before adding load.

We add load to perfect a pattern. If you add load before you’ve gotten rid of a physical restriction, you will lock in that restriction. We often use two to four weeks of not loading to help correct things, and then we’re able to use load efficiently.

For the overhead press or the squat, we take those kettlebells bottom up to see if you can maintain that kettlebell in a bottom-up position through a smooth and strong range of motion. 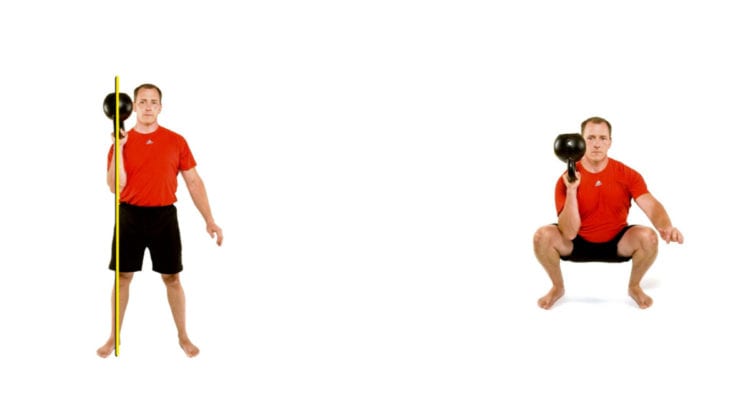 If your right arm is cooking with gas and your left arm fails, that’s something you need to fix before you start trying to be powerful. If you’re producing power 70% on one side and 30% on the other, you’ve got an issue to work out before trying to produce power.

In pressing, are you able to hit the standard of having the shoulder away from the ear, elbow straight, biceps in line with but not touching ear? There’s no other way to get there.

If you test this without weight and are unable to do this, how are you going to put a kettlebell overhead efficiently if you can’t just do this standing here? You’re not. You’re going to run into a road block. We need to get this pattern first.

That may involve stepping back, doing a little corrective work, opening up the T-spine, working on scapular stability, getting the neck checked. Any variety of things might fit into fixing a shoulder position.

Getting a kettlebell overhead and marching in place shows stability through the shoulder joint and proper alignment and positioning in the presence of a weight shift. If a person can press a 24-kilo bell for 40 seconds, but can’t walk across a room for 10 while keeping proper alignment, this is a massive difference between strength ability and stability ability—and those are two very different things. 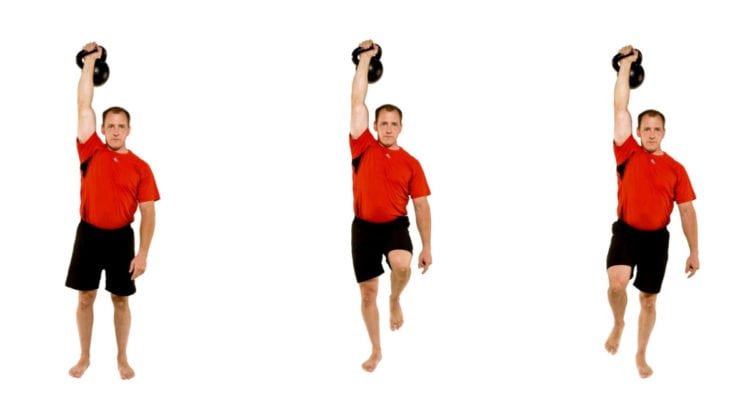 In the overhead position, we’re not holding the weight with our hands or with the shoulder. We’re holding that weight with the feet. We align the structure so the weight settles through to the feet. This is a critical difference. Pay attention to that and it will change your pressing forever.

Continuing with your overhead patterning, now add small torso rotations. Start with very small rotations. You can always rotate farther the next rep. You don’t need to go to the end range on the first rep. 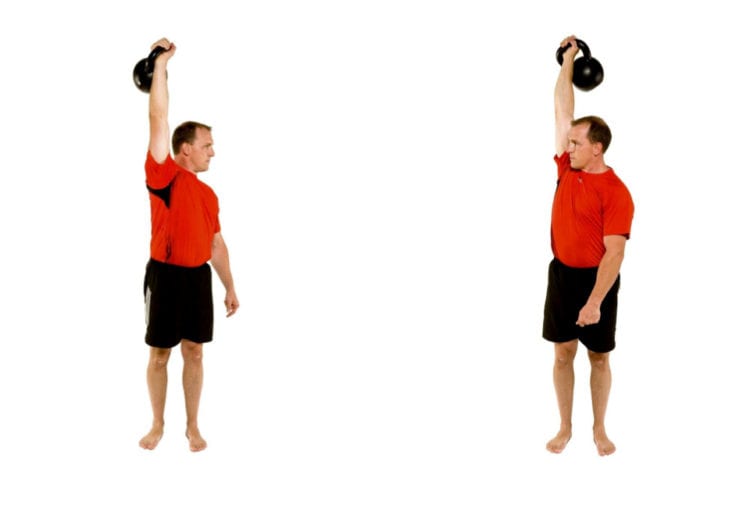 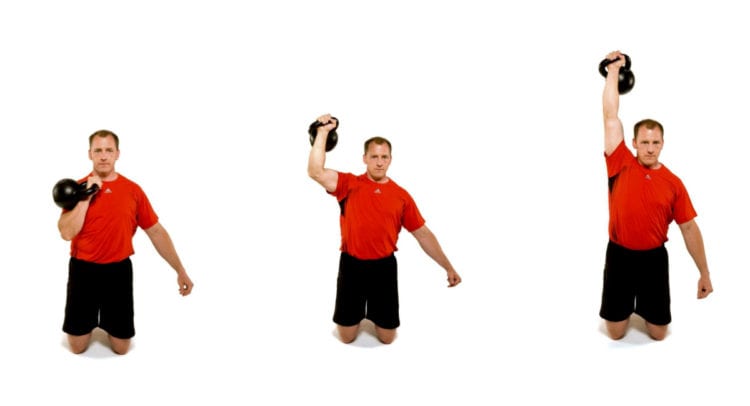 If you can’t get in the proper position of leveling the belt buckle, you need to open up the hip flexors.

In this pressing position, if you align your structure correctly you’re going to find you may have a really different pressing groove. This will help you find the proper overhead pressing groove.

In the tall-kneeling position, we press here long enough to own the pattern, and then we go back up to standing. The goal is to master the pattern of the press so we can stand up and press.

As you go overhead, experiment with pulling down using the lat. Usually if you’ll pull down with the lat, then keep that tension and go right back up, you’ll discover your pressing groove. Once you’ve done that a few times, start with light loading and progress from there.

Once we have the pressing pattern we want, we go back up to standing. We want to see that same good alignment—ear, shoulder, hip, knee and ankle in a straight line. We don’t want a backward lean, don’t want the butt to stick out, and don’t want rotation.

We want that kettlebell going straight up on a vertical forearm.

We’re pressing from the lat, and the arm pops into position. There’s our pressing groove.

We do not force the shoulders into the same groove, but allow each to find its own groove based on where the lat tells it to go. We want to activate the lats and start those booster rockets long before opening all the way up.

Keep an eye on the ’bells as they’re going overhead, but not turning to look at it. There are all kinds of built-in extensor reflexes. Movement of the eyes and a little bit of movement of the neck fires off extensors. It changes the press in different positions.

High-level pressers and people who move well will use the head slightly to facilitate extension—this is a high-level technique.

We keep an eye on the ’bell in the bottoms-up press for safety. The bottoms-up press is awesome for fixing the start and middle, but not the finish because we tend to extend slightly and perhaps not have the world’s most perfect lockout. 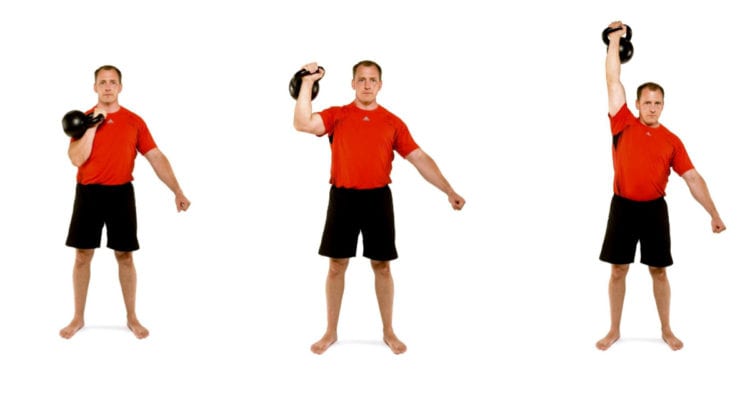 In the push press, we add a mini squat to the regular press and are no longer pressing with the lat—we’re blasting that weight off the body. Dip and then drive. We want to blast that weight overhead in the most efficient path possible. Dip, then drive that energy through the body. Boom, and the kettlebell goes overhead.

This is why jerks and push presses are such great developers of the vastus medialis, because the knee motion is straight down instead of having the hips back. There’s a knee bend, and hip bend—align that weight through the center of mass and then drive it overhead.

Once you’ve got one ’bell mastered, we go to two. It’s a really different position with two bells blasting off, and a very different path for the press. Energy is taking it overhead without having to press it. A blast-off is different than a grind. 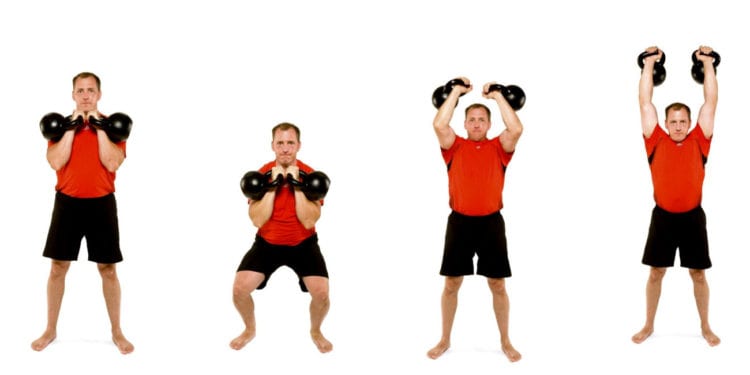 Power is about patience. One of the biggest reasons people have trouble with a push press or a jerk—or a swing or any power move—is they get in a hurry. They don’t trust their hips.

In the push press we want that arm against the body as long as possible until the hips blast it off. That’s efficient transfer of energy.

We need to get strong long before trying to get powerful. Find the right piece of the pattern people need. You can work on strength, power, conditioning and neural load. Adjusting the amount or number of ingredients changes the result.

Want to smoke yourself in a different way? Combine your rhythmic breathing with your cyclic breathing. Do a set of 10 push presses and do a set of 20 swings. It gets ugly real quick because you’ve impacted your breathing in two different ways.

Neural load training is designed to place less stress on metabolic strength and power and more stress on the neurological aspects of training. Overhead walking will tax the stabilizing system, motor control, and produce some shoulder fatigue, but it is a very different stress than five sets of heavy presses or squats.

Power is about patience. The buffer zone is owning this much movement, but only needing to use this much. 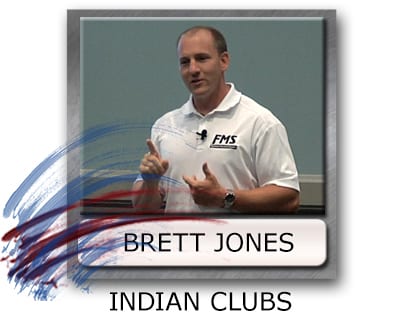 Learn your Kettlebell Basics from Brett Jones and Michael Castrogiovanni 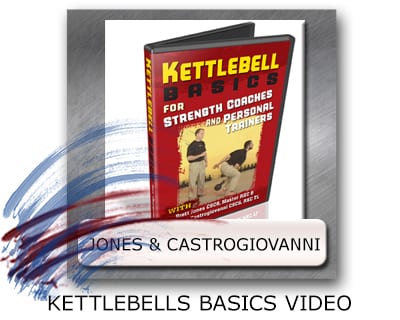 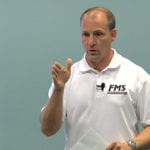 Brett Jones is the Chief Instructor at StrongFirst and is on the Advisory Board of Functional Movement Systems. He's a Certified Athletic Trainer, CSCS and NSCA, and lectures worldwide.