Are you being challenged by your exercises? Even hard exercises can become routine; you can do them well from habit . . . but can a slightly altered environmental demand test you?

Erwan: It’s not about strength in the forearm, it’s about joint alignment and bodyweight placement, bodyweight distribution.

Gray: Good. Try the other side, and give us some feedback, Brad. Working the stability on one leg while working the mobility of the other leg. I don’t think there’s any question about his core being engaged right now.

Brad: By having the board down, you have to be more aware of your proprioception – what’s going on with your body. I do getups with a kettlebell and I can go through them pretty good, but to keep my balance on the 2×4 was much more demanding.

Erwan: It’s the SAID Principle, Brad: Specific Adaptation to Imposed Demand. The demand here that’s imposed on you is the demand that comes from the environment – the 2×4 – which is different than what you do with a kettlebell.

The movement you do with a kettlebell is extremely valuable, but no more or less than this. It is also extremely valuable. Even though it’s similar in pattern, it is different in some of the physiological adaptation and motor control adaptations that you need to perform this movement well. 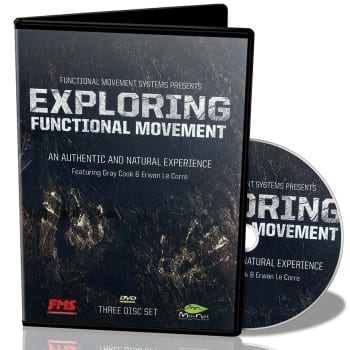 This video set opens with Erwan LeCorre putting Gray Cook through some of his favorite movement basics. After this introduction, they’ll spend about 45 minutes going through a variety of movement drills that display postural integrity and quality movement patterning. From there, you'll see them demonstrate their authentic movement drills to two athletes who display different movement needs. 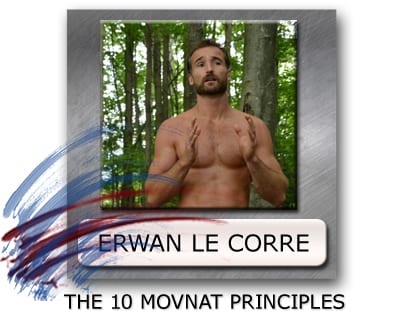 In this lecture, The 10 MovNat Principles of Natural Movement, Erwan develops his thinking behind the 10 basic principles of moving naturally. His goal is to help all of us learn to move naturally with safety, ease, efficiency, power and grace, and after hearing him speak, you'll be eager to get outside and play! 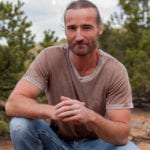 Erwan Le Corre is the founder of MovNat, a synthesis of his long-term passion for real-world physical competency, his love of movement in nature, his extensive knowledge of physical education history, and his personal philosophy of life. He believes it is everyone’s universal and biological birthright to be strong, healthy, happy and free. Erwan mostly instructs private groups, including US special forces, while building his MovNat certification network, and is working on a book about movement quality.